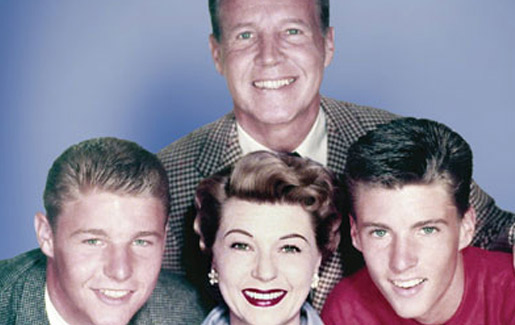 David Nelson, Ricky Nelson‘s older brother and the eldest child of Ozzie and Harriet Nelson, died at age 74.  Wow–just to think that Ricky Nelson would have turned 71 this spring is frightening.

David was the actor of the two Nelson brothers, not the rock star. He appeared in the family TV show–which may have been the first reality show with celebrities. But he also acted in several prime time shows of the era including “Peyton Place.” It’s sad to think all the original Nelsons are gone now. Rest in peace.

The Jefferson Market came to this part of Greenwich Village in 1929. Eighteen months ago, when it was about to close, I asked John Catsimatidis, who owns Gristede’s and Red Apple supermarkets, if he’d come and take a look at it. He did, and bought the lease. John did a valiant job, and I thank him. But time has marched on, and the new store never was able to compete with Citarella and Whole Foods. It’s going to close on Friday, I think, for good.

Until just three years ago, Jefferson Market was a bustling place. Their blue pedal bike carts were staples of our neighborhood, and a throw back to a simpler New York. In the old days–until the mid 80s–the market had no cash registers. They used little manual adding machines to ring up the charges. There were no credit cards, either. John Montuori owned the market for years until his untimely death in 1985 at age 56. His son, Louis, moved the market from the west side of Sixth Avenue to the east, at 10th St., in 1995. The space was too big, and things went downhill from there.

It’s a shame. The fear, of course, is that the large space will become something awful and commercial in a neighborhood that barely has restaurants that deliver food. Even worse: that like so many spaces here, it will remain open and lacking any tenant.

So goodbye, Jefferson Market: the famous butcher, the cooked chickens, exotic fruits always in season, to all the white haired guys who are long gone now. Another part of New York history sinks into memory.