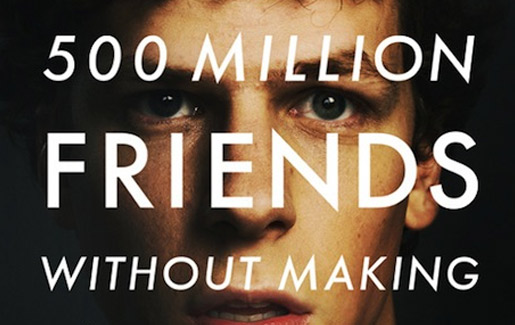 And things were going so nicely at the annual New York Film Critics dinner. There were toasts and acceptance speeches. Everyone was so happy. “The Social Network” won Best Picture.

Then “Black Swan” director Darren Aronofsky took the stage to present his cinematographer, Matthew Libatique, with an award. Without flinching he took a shot –verbally– at Armond White, current chairman of the Critics Circle. He was on stage, standing right behind Aronofsky. White didn’t like “Black Swan.” Aronofsky wasn’t going to let it pass. He opened fire.

White retaliated when he regained the mic. “Darren reads me. That’s all I need,” he said. Later, at the end of the evening, White then lashed out at his fellow critics. “At least “Greenberg” didn’t win anything,” he said, referring to Noah Baumbach’s Ben Stiller movie. A resounding “ouch” went through the audience.

Well, at least the NYFCC wasn’t boring. It was a little brutal, always fun, and very intimate. Organized by veteran press rep Jeff Hill–who was surprised when he was presented with a special award –the NYFCC was the kind of evening tonight’s National Board of Review won’t be–authentic.

The best speeches were personal. Michelle Williams, introducing Best Supporting Actor Mark Ruffalo, noted the she and the Ruffalo’s live in the same town upstate. It was at a carpool that Williams spied Ruffalo cleaning a kid’s vomit out of the backseat of his SUV. (Really times have changed. No such speeches were ever made about Henry Fonda or Al Pacino!)

Ruffalo conceded that it was true, and then got emotional thanking his wife for allowing him to be an actor.

During the evening, “Social Network” screenwriter Aaron Sorkin told Firth and Hooper that he’d seen “The King’s Speech” three times. “There are a lot of similarities,” Firth said of the two movies. “They’re both about loneliness,”

Melissa Leo, so good in “The Fighter,” met Annette Bening. Ruffalo got to meet Beatty, who told me his plans for another movie are still forming. “I always took a lot of time,” he told me. We talked politics, and Beatty told me about viewiing the many Oscar contenders on his new big screen home theater.

Bening said she’s done two plays in Los Angeles this year. But she can’t come back to Broadway right now. “My kids are still too young,” she said. “They’re still at the ages where you have to be there for them.” She’s taken Susan Sarandon’s theme–only work in town during the school year.

I sat at a table right at the front with “Animal Kingdom” director David Michod and supporting actress candidate Jacki Weaver. They are fresh from Australia. A year ago at Sundance I told them they’d be at the Oscars. Now Michod won Best First Feature last night. Weaver is up for a bunch of awards. They are shocked, to say the least.

More people told me surprisingly candid things, then added: “Don’t print that.” Or “this isn’t an interview.”

Will Warren be at Friday’s Critics Choice Awards in Los Angeles? Yes. “I do what I’m told.”