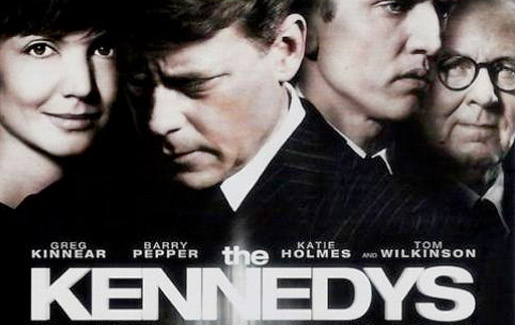 It shouldn’t come as much of a shock that the History Channel has decided to yank its mini series on the Kennedys. The question is, why did they make it in the first place?

Almost two years ago, when the project was announced by right wing filmmaker Joel Surnow, Kennedy defenders and historians made a pretty clear case against the mini series. They’d seen the script and termed the project a disaster. The whole saga can be found at www.stopkennedysmears.com

Robert Greenwald, a left wing filmmaker, and the man behind the clever anti-Fox News documentary “Outfoxed,” put up an 11 minute video on You Tube with dozens of withering attacks on the Kennedy project.

Surnow, the “Kennedys” producer, is a former Fox News producer and a close friend of the very biased: Roger Ailes and Rush Limbaugh. He also donates money frequently to Republican candidates and causes. It makes you wonder what the History Channel was thinking.

According to those who read the script two years ago, “The Kennedys” was not about the Cuban Missile Crisis, but rather a tabloid screed about John Kennedy‘s sex life. One reader called it “pornographic” in the Greenwald film. In the Greenwald film–which urged viewers to sign a petition to stop the Surnow movie–respected historian Thurston Clarke warns that if the Surnow film is made “it will be heartbreaking.”

It turns out the heartbreak is for the History Channel, and for the actors like Greg Kinnear (who I thought was smarter than this) and Katie Holmes. According to those who read the script, much of it details John Kennedy cheating on First Lady Jackie. The script included a scene of Kennedy and Judith Campbell Exner having sex in a swimming pool.

According to the imdb, other characters in this Kennedy “history” include mobster Sam Giancana and Exner ex lover Frank Sinatra. So this “Kennedys” hails from the Kitty Kelly branch of biography, and not Doris Kearns Goodwin.

The History Channel is part of AETN, a group that includes A&E and Lifetime. It’s termed a joint venture of ABC-Disney, NBC Universal and Hearst– all companies that no doubt had their ears open to complaints from the Kennedy family throughout this process. Reports say that Showtime is now interested in picking up the miniseries. Showtime is part of Viacom and a close cousin to Paramount. It may not be that easy.