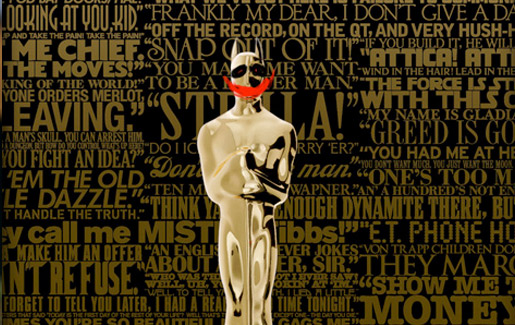 I happened to sit down with two Academy voters last night–two actors (I’m not giving gender) who are names. They are not A list movie stars, but they are typical of a veteran Oscar voter. Each one has name brand brand acting to their credit. One of them plays character parts in film mostly. The other had a long, wildly successful TV run and is also a member of the DGA. They are people past the age of 65 who look terrific and still work, are still vibrant.

Here is our non scientific discussion.

Each of them loved “The King’s Speech” and “The Social Network.” They cited all the actors from each film. “Basically it’s a toss of the coin,” they agreed. One said: “I loved Jesse Eisenberg.” The other was wild for Colin Firth. “King’s Speech” had the ever so slightest edge in their thinking. “Jeff Bridges for True Grit, maybe.” said one. And Hailee Steinfeld? “Maybe.”

There was disappointment about Ben Affleck and “The Town” not getting more attention. They loved Natalie Portman, but “Black Swan” not so much. Ditto James Franco but not “127 Hours.” They loved — LOVED– “The Fighter.” Each voter cited all the actors from “The Fighter.” Only one had seen “Rabbit Hole” and really liked Nicole Kidman.

Some more thoughts: Annette Bening got a very positive response–simultaneous “yes”es– but “Kids Are All Right” had a lukewarm response. Neither of them had seen “Inception.” They had lots of good things to say about–surprisingly–“Justin Timberlake. He was great being bad.” One of my voters shouted out the name “Gosling!” during our discussion of the Best Actors. They agreed to Ryan Gosling and Michelle Williams were terrific and would be nominated. The film, not so much.

These are two former New Yorkers, by the way, who are here often but live in Los Angeles. They take the voting seriously and don’t pass it off to kids, assistants, maids, or pets.