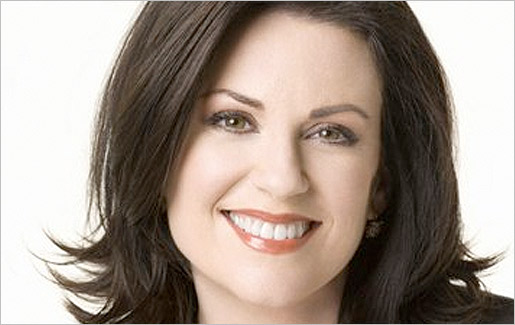 Randee Dawn is reporting for us from the Television Critics’ panels in Pasadena:

Sure, Megan Mullally has a terrific (if ensemble) role the Web-to-cable series “Children’s Hospital.”

But that 15-minute-per-episode series doesn’t even begin to give the two-time Emmy winner enough room in the spotlight. Mullally, who (who last appeared on Broadway from 2007-09 in “Young Frankenstein”) says she’d love to get on the Great White Way again “down the road.”

But her husband Nick Offerman is getting big cheers these days on “Parks & Recreation,” so the couple must remain based out of L.A. full-time.

“We met in a play in L.A.,” said Mullally, “so we’re always looking for more chances to get on stage again.”

Not that offers aren’t coming in: Mullally said she was considering a role as Sally in Trevor Nunn’s new London revival of Stephen Sondheim’s “Follies” but “it would have meant eight months out of the country” and she didn’t want to be away from her aging mother that long.

That said, there’s some potential LA-based big news for the “Will & Grace” star: Her next long-awaited starring role in a sitcom. “There’s something in development,” she teased, but wouldn’t say more – or indicate a network attachment. But “W&G” did so well for NBC in the past, the home of “please make us must-see again” (and “Parks”) should be willing to give her a series shot.

Still, her heart still lies on the East Coast: “Give my regards to New York!” she called out, before disappearing for yet more “Hospital” press interviews