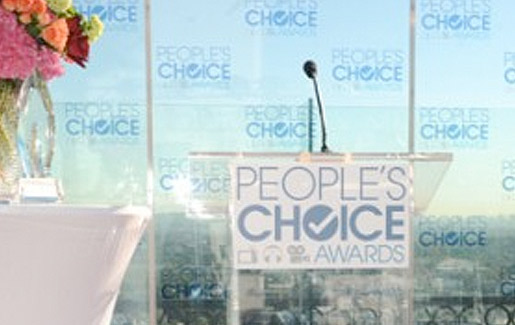 The People’s Choice Awards: they are America’s dirty little secret. Are they real? Does someone actually vote for them? Does it matter? Who are these people?

Really: you know the whole thing is a set up between publicists and studios. This is a world in which “Grown Ups” wins Best Comedy. “Twilight: Eclipse” is Best Drama. The horrific Kardashians are not only fawned over in the audience but then win some award. It’s cynicism on overload. These are the dregs of the dregs.

Why yes, Jennifer Aniston, Johnny Depp, and Adam Sandler all show up.  They have movies to plug.  What a shock! The three stars of “Twilight” are all sitting together in the front row ready to accept their award. Robert Pattinson also showed off the free phone he got in his gift bag. Well, there has to be some incentive to whore oneself out at this thing. The gift suites must have been amazing!

Queen Latifah looked nice, and I’m sure she gets a nice piece of change for the annual work. “People’s Choice” is produced by Mark Burnett, who gives us “Survivor.” The shows have a lot in common. Where is the award for Best Fast Food? Favorite mall?

I did feel bad that Warner Bros. allowed “Inception” into the mix with those other godawful movies like “Iron Man 2” and “Twilight.”  But what can you do? Anyway, it’s cold out, the garbage is piled high on the sidewalk, and five days after New Years Hollywood reminds us what it’s really all about.