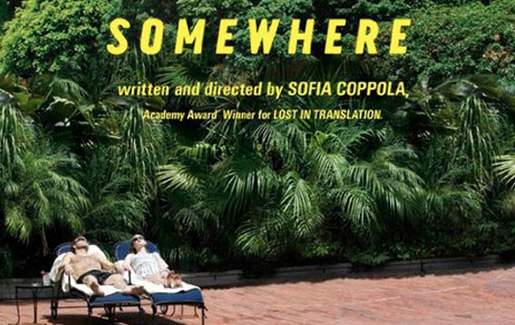 Remember when I told you about the seven members of the Hollywood Foreign Press Association who had credited roles in Sofia Coppola‘s “Somewhere”? Now I’m told that the seven members recused themselves from voting on the movie when ballot time came around. “And Sofia Coppola knew that would happen,” says a source. “Somewhere” got no Globe nominations in the end. I’m not sure if this means that a)Coppola didn’t care about the Globes or b)the HFPA members thought it was more important to be in a movie than to vote on it later. Either way, they all made their own decisions here…

...THE WEINSTEIN COMPANY has bought a 25% stake in Starz Media, announced around 4pm. It’s a good strategic measure since Starz cable channels will provide outlets for the Weinsteins’ movies like “King’s Speech” and “Blue Valentine.” And Starz has Anchor Bay Films, a small division that could provide some product for TWC. Anchor Bay’s “Solitary Man” might have been a bigger deal at TWC.

…Meanwhile, TWC’s “King’s Speech” did not get a WRITERS GUILD nomination for David Seidler because he didn’t belong to the guild when he wrote the movie. The WGA feels if it only gives nominations and awards to its members then writers will think twice about not belonging to the group. “Blue Valentine” also was ineligible, and so was “Toy Story 3,” “Another Year,” “The Ghost Writer,” “Made in Dagenham,” and “Biuitiful.”

Does it matter? Not really. The usual suspects made the WGA lists from “The Social Network” and “Black Swan” to “True Grit,” “Inception,” and “The Kids Are All Right.” The WGA ceremony is always right in the middle of the Grammy weekend, so it gets less attention. And in the end, the Oscars will nominate the missing films’ screenplays anyway. While “The Social Network” is easily the best adapted screenplay of the year, “The King’s Speech” is the best original one. The latter is so good that it’s going to go on and become a Broadway play–something I reported exclusively and first weeks and weeks ago.