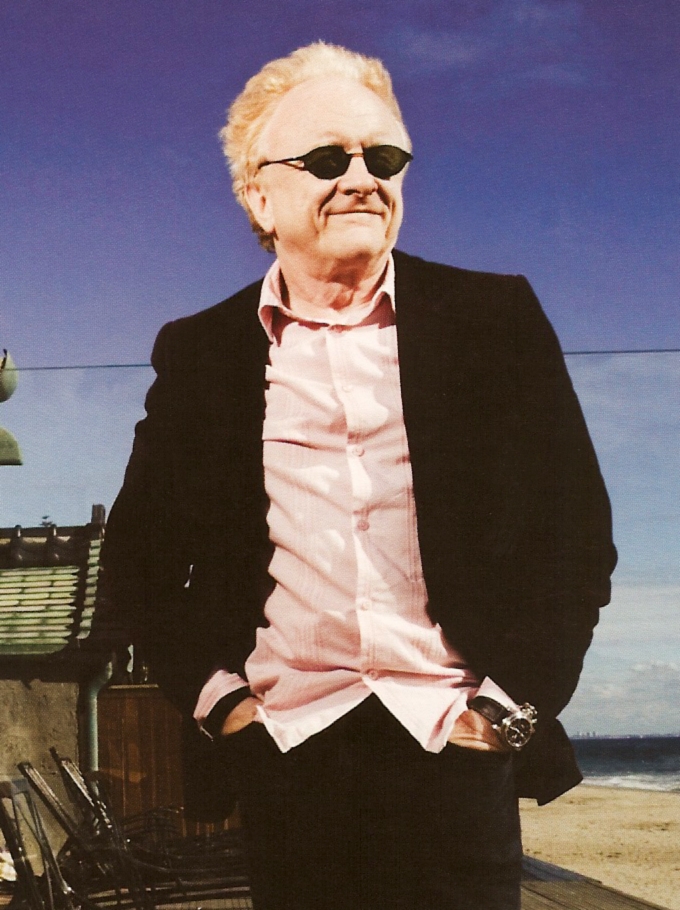 I am remiss. Before we start 2011 officially tomorrow, so to speak, let’s flash back a month to December 3rd. I was so in shock about losing Elaine Kaufman, I never did publish notes on seeing Peter Asher that night at the Iridium Jazz Club in Times Square.

So–wait a sec. I’ve been lucky enough to know Peter for about 20 years. I once wrote a story about him living in the Sutton Place Hotel while working at Sony Music and commuting back and forth from Los Angeles. How jarring, since he’s a Brit!

After a lifetime of producing and managing James Taylor and Linda Ronstadt, of signing the major acts to the Beatles’ Apple Records, after a wildly successful career as one half of the British pop duo Peter & Gordon, Peter has finally put his storied career into a one man show. On that crazy night, December 3rd, he presented the show at the Iridium to a very sold out audience.

Peter, of course, was also the brother of Paul McCartney’s girlfriend during the real heyday of Beatlemania, Jane Asher. Paul lived in the Ashers’ home, in fact, while screaming girls roamed London looking for him. He wrote “A World Without Love” for Peter & Gordon, and it went to number one. Same for “Woman,” “Nobody I Know,” and “I Don’t Want to See You Again.” If Paul were looking for a kick, he should put out his own versions of these songs.

Anyway, Peter’s show at the Iridium featured a tight little band including one of the later members of Badfinger. They played some of P&G’s hits, which Asher sang, and Badfinger’s “Day After Day”–Peter signed Badfinger to Apple, but two of the original members died so there were never any big concert tours in the 70s. It was really a thrill to hear “Day After Day” live after all these years.

The show is still in its infancy, but Peter would be wise to turn it into a book and a documentary. He has terrific clips, and all the inside stories of so many important events of rock history. He also has a charming delivery. Gordon Waller, who died tragically from cardiac arrest in July 2009, must be smiling to know Peter is carrying on their legacy. http://www.peterandgordon.net/

PS Right now, James Taylor and Carole King‘s CD/DVD  of their reunion shows at the Troubadour in November 2007 is a big hit. Peter Asher produced those shows–there were six of them over three nights–and they were just remarkable, intimate successes. The behind the scenes story of Peter actually getting those shows onto discs and out in the world should be part of his next show–three years! His life has been a different kind of tapestry, indeed.

You can also see and hear Peter narrate a documentary about the Beatles and Apple Records on their website.