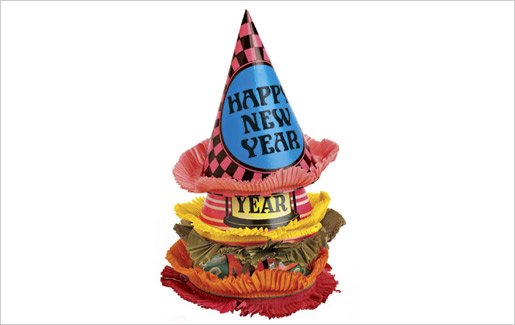 The worst thing was losing friends and people we admired. I am not through saying goodbye to our dear Elaine Kaufman. None of her friends will ever get over that.

On the other hand, Elaine was with us for most of 2010, and we had a ball with her. That was a gift.

Stupidest media decision of the year: replacing the beloved “As the World Turns” with more idiot-chat on “The Talk.” It’s intolerable.

Some other good things: Last winter, during awards season, a famed talent Hollywood talent manager was nice enough to invite us for dinner. I promised not to give any of the details. But it was the best night of the year, with dozens of A list stars. My place at the dinner table was between Joan and Jackie Collins. Elton John popped in. That’s all I can say, it was terrific.

Rob Marshall’s “Nine” didn’t win any Oscars, but there were plenty of cool events to launch it. My fave: a lunch at Per Se restaurant, with Nicole Kidman, Judi Dench, Daniel Day Lewis and all the stars. We were high above Columbus Circle, and all was well with the world. Frankly, “Nine” deserved better awards-wise. But there’s no going back.

Some other highlights of the year:

Announcing Quincy Jones’s 25th anniversary recording of “We Are the World” –and subsequently hanging out with Q and the artists on the big day.

Announcing that George Clooney would host the Haiti telethon. And he did. He also donated $1 million to Haiti relief.

And those were just a few of the exclusives. Also: we broke the news on Michael Jackson‘s album, his Cirque du Soleil show, and everything about his mother’s book, and her deal with the man who bought the Jackson memorabilia.

We also told you–and Sony–about the existence of the “Cascio” tracks.

Broke scoops on Keith Richards. His book, “Life,” is off the charts great.

Favorite shows: Sting at the Metropolitan Opera, Sam Moore at the Grammy after party, Aretha Franklin getting her award at the Apollo, Songwriters Hall of Fame dinner, the Clive Davis Grammy party, the English Beat at Stephen Talkhouse.

Music that got us through the year: Sharon Jones (see below), Julia Fordham, Kings of Leon, Ryan Shaw, the Beatles remasters, U2, celebrating Teddy Pendergrass, remembering Willie Mitchell, anything by Tony Bennett, Stones re-releases of “Get Yer Ya Ya’s Out” and “Exile on Main Street,” and Sting’s “Live in Berlin” CD.