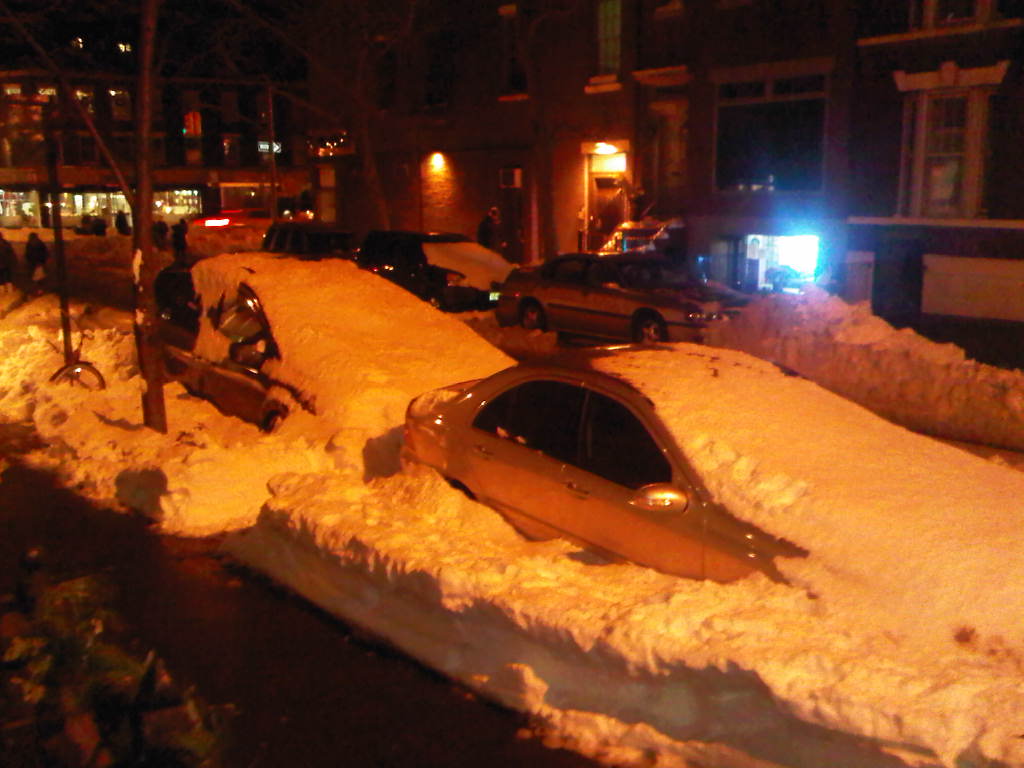 It’s two full days since the blizzard and the streets are not plowed.

All up and down Sixth Avenue there are high banks of snow acting as sentries to side streets that are full of snow and ice. And slush.

Shame on you, Mayor Mike. And you, too, Janette Sadik Khan.

Listen, Janette, in your ideal city–Copenhagen–this would have all been done by now.

Of course, the punchline is that all your bike lanes and idiotic concrete turning lanes have been obliz-erated.

Also, no one is sitting on garden chairs in Times Square. Broadway, the grand avenue that you have killed, has now been rendered useless. You can’t walk in it, or drive through it. It’s now just a wasted space in the middle of the busiest intersection in the world. Congrats. I guess this is the Wrath of Khan.

By now, Mayor Giuliani–whom I didn’t even like–would have had flat bed trucks removing the huge hedges of snow and ice lining New York’s avenues.

You should hear the cab drivers’ reports from the other boroughs. Apparently, the Bronx, Queens and Brooklyn have not been touched by a plow. But my cabdriver tonight did observe that “Fifth Avenue” on the Upper East Side, is clean as a whistle.

“You don’t live in posh enough neighborhood,” he said. He used the word posh.

Yeah, I know it’s hard to plow sidestreets when idiots leave their cars on them. I don’t understand: when you hear a blizzard is coming, why don’t you move the car? This is what it looks like tonight on my street: