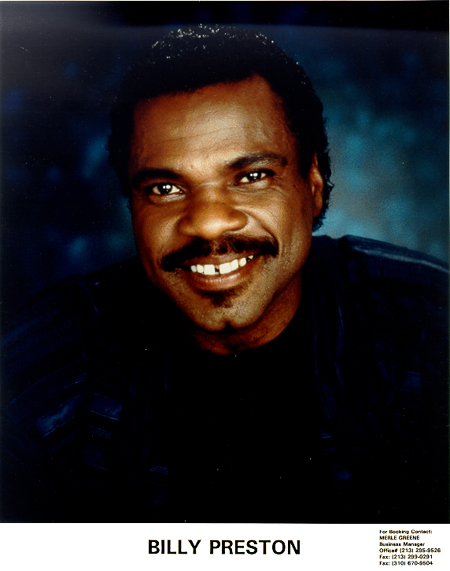 Billy Preston was the actual “fifth Beatle”–the only recording artist ever credited on a Beatles record. He played with the Beatles and Stones, and never got paid for any of it. (His receives nothing now from all the reissues he played on.)

The BBC has an excellent tribute out on Billy that’s worth listening to at http://tinyurl.com/247kogu

Preston’s legacy is currently being held hostage in Los Angeles federal bankruptcy court by Judge Theodore Albert, whose decisions in the late Preston’s case are erratic and seemingly capricious. When the full story comes out about Albert’s handling of this legend’s life, it’s going to be quite an eye opener.

In the meantime, here’s Billy, who died tragically in June 2006 at age 59. He played on “Abbey Road,” “Let it Be” and “The Concert for Bangla Desh,” had three top 10 hits with “Outta Space,” “Will it Go Round in Circles,” and “Nothing from Nothing.” He is not, of course, in the Rock and Roll Hall of Fame.