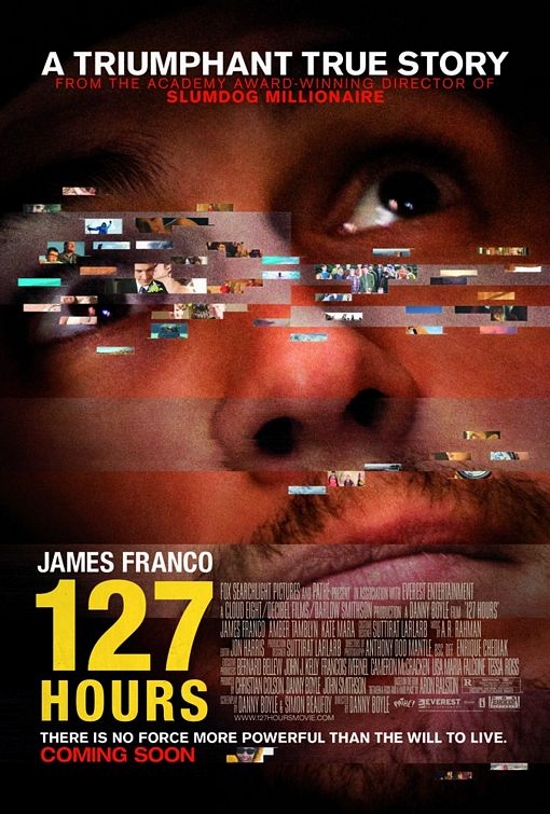 The studio assures me that despite cutbacks in the number of theatres currently showing the film, “127” will get a second life beginning in January around the time of the Oscar nominations.

To that end, Fox Searchlight tells me they’ve started a new marketing campaign called “I Kept My Eyes Open for 127 Hours.” They’re featuring T shirts with the slogan and doing everything they can to lighten up the idea that the movie is grim. It’s not.

Let’s rally around “127 Hours.” If you’re serious about film, go check out this one, “Blue Valentine,” and “Rabbit Hole” during the holiday break!