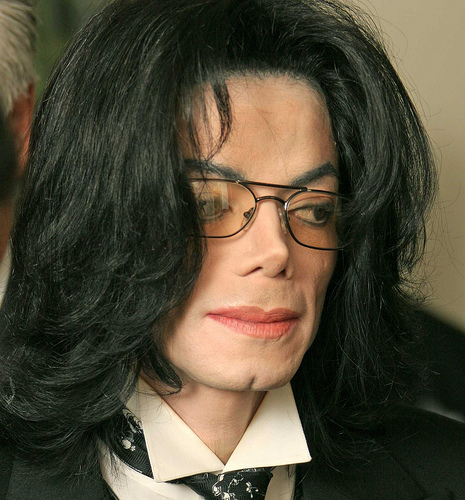 On the other hand, “Michael” was the highest debut album of the week according to hitsdailydouble.com. It outsold new CDs by R. Kelly and P Diddy by more than 100,000 copies. Around the world, however, Sony says it’s an international hit. (See further below.)

Given the modest amount of money that went into marketing “Michael” and the huge sums wasted on P Diddy, you could say “Michael” is even a bigger hit.

What it lacks, though, is a break out hit. And the album still has not overcome the stigma of Jackson’s vocals possibly not being his–and they are.

Sony sort of screwed this up from the beginning. The version of “Breaking News” that was put on the website for streaming in November didn’t sound like Michael Jackson. It was in fact the wrong mix. This led the rabid Jackson fans to scream that they were being fooled.

It’s too bad: “Breaking News” is a great single. On the album, it’s clearly Michael Jackson singing all the way through the lead. Jackson fans are denying themselves a real treat if they think otherwise.

The real first single, “Hold My Hand,” with Akon, has not been a crowd pleaser.

Hindsight is always 20/20, but I do think Sony rushed the release. They had no marketing campaign, no focus, and a lot of negativity to overcome. If they’d waited til spring, some more thought could have gone into how to launch this CD.

“Michael” has plenty of potential singles. “Monster,” “Keep Your Head Up,” and “Another Day” are all great. But Sony’s going to have to implement some out of the box thinking to make them happen.

Around the world, “Michael” is a different story. Here’s a press release from Sony:

# MICHAEL shipped Platinum in 14 territories including the United States, UK, Germany, France (2x), Italy (3x), Spain, Portugal, Poland, Russia, Belgium, Czech Republic (4x), Canada, Korea and the Middle East.
# The album debuted at #1 in Germany, Italy, Netherlands and Sweden.
# And on top of the # 1 album chart entry in Germany, sales of MICHAEL broke the country’s 2010’s first-week record with over 85,000 units sold.
# Opening week sales of more than 113,000 in the U.K. scored the biggest opening week for a new Michael Jackson studio album since ‘Dangerous’ nearly 20 years ago.
# In Japan, the album is the fourth Michael Jackson album to ever debut in the top 3, joining Bad, Thriller and last year’s “This Is It” companion album.
# The album is in the top five in Belgium (#2), US (#3), Japan (#3), the UK (#4), France (#4), Denmark (#4). In the US, the album shipped platinum and debuted at #3 of the Billboard Album chart with just under 230,000 copies sold.
# The album went Gold in 17 territories on arrival in Japan, China, Australia, Ireland, Austria, Netherlands, Denmark, Finland, Greece, Hungary, Norway, Sweden, Switzerland, New Zealand, India, Philippines and Taiwan.