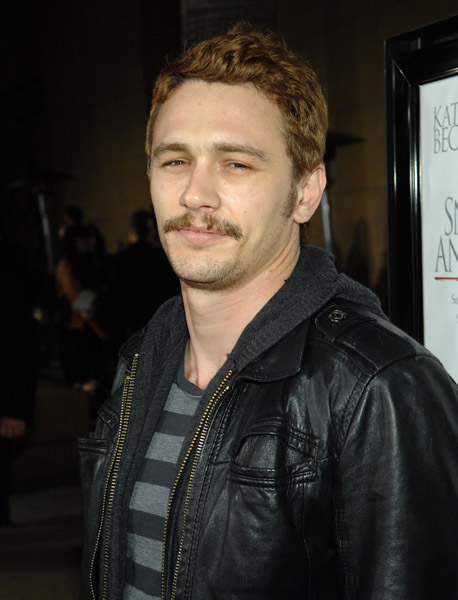 UPDATE Studio says it will expand release in January and renew PR efforts with gusto.

From earlier;
But botched marketing and what seems to be fear on the part of the studio is about kill this movie. I’m surprised Fox Searchlight, which won the Oscar with Boyle for “Slumdog Millionaire,” doesn’t try to solve this problem. If they let “127” go, that means three of their four releases this fall–including “Conviction” and “Never Let Me Go”–each very good films–didn’t connect with audiences. Only “Black Swan” has proved a hit.

On Thursday last week, “127 Hours” was playing in over 400 theaters. By Friday, it was in just 307 locations. The highly praised film has taken in less than $10 million since its November opening.

Now, with Oscar heavyweights coming in, “127 Hours” looks doomed. Fox Searchlight, emboldened by the success of “Black Swan,” may be cutting its losses.

“127 Hours” has suffered from a bad rep from Day 1. There isn’t a person I’ve met who doesn’t say: “I’m too scared to see that movie. I don’t want to see someone cut off their arm.”

And yet, the so called arm cutting scene– performed in real life by Aron Ralston and on screen by James Franco— is minimally and artfully shown. It comes toward the end of an exhilarating and hopeful film. Plus, everyone knows that in real life, Ralston lived, thrived and is still a hiker and extreme mountaineer.

It’s going to be up to Academy voters to save “127 Hours” and include it as one of the ten Best Picture nominees next month.

Last month I wrote about this situation on the Huffington Post. Here’s the essay:

Have movie audiences suddenly become big wusses?
Lately, everyone I know is telling me they don’t want to see James Franco cut off his arm in “127 Hours.”
“Oh, I couldn’t watch that,” is the typical response from men and women alike.
It doesn’t matter to that the scene lasts less than two minutes, is handled skillfully, and that the rest of Danny Boyle’s extraordinary film is a rocking adventure. When I saw the film at the Toronto Film Festival, I thought younger audiences in particular would flock to it. Here’s a story of survival, extreme elements, man vs. nature. And the great thing is, the real life guy who had to cut the arm off not only survived, but is a media star.
But wait: back in 2001, Hannibal Lecter carved off the top of Ray Liotta’s head and ate his brains on screen with a soup spoon. Ridley Scott’s “Hannibal” made $58 million in its first weekend.
No one said a word except pass the popcorn.
There have been seven “Saw” Movies, in six years. One of them was in 3D. They’ve made a total of about $500 million.
In one of the films, a character called Kramer was given the name “The Jigsaw Killer” (or “Jigsaw”), according to Wikipedia, “because he removed a puzzle-piece-shaped chunk of flesh from those who did not escape his traps.”
Nice huh?
It would be a shame if audiences stayed away from “127 Hours.” For one thing, they’d be missing James Franco’s much hailed performance as Aron Ralston. Danny Boyle said to me recently, “You realize that we filmed most of it on a soundstage. James could have gotten up, gone to the bathroom, gotten a sandwich, if he wanted to.”
The amazing thing about Franco’s performance is that is he so invested in it, we never once think of Boyle’s advisory. Ralston’s situation is real for Franco, and real for the audience. He cannot move the boulder that is pinning his arm to the wall of the canyon. It’s a rare accomplishment. And all Franco/Ralston’s fantasies of flight give the situation all the more tension.
And those scenes—the fantasies, the early scenes with Kate Mara and Amber Tamblyn, the memories of Ralston’s parents—do a lot to alleviate the claustrophobia of the canyon. “127 Hours” is not just a movie about confinement and amputation. It’s got plenty of light and humor. Boyle – director of “Slumdog Millionaire”—is an entertainer. He keeps “127 Hours” spinning with video embellishments designed to explain the character, move the plot, and keep the audience from squirming. It’s the coolest film of the Oscar season for those reasons alone.
But really, let’s man up, people: if you can tolerate “Hannibal” or “Saw” you can “127 Hours.”
As I like to say, most actors would cut off their right arms to work with Danny Boyle, and get those reviews. For god’s sake, let’s lighten up!