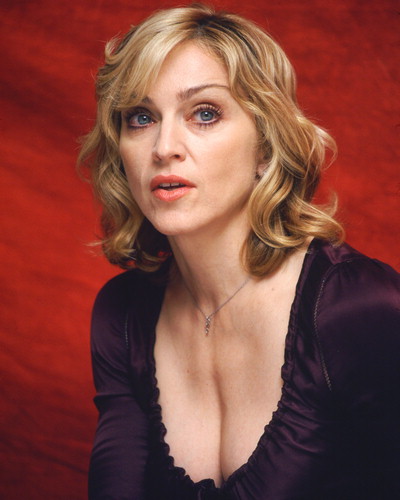 Madonna Louise Ciccone Penn Ritchie so wants to be Jewish, right? She was born Catholic, and has never converted to Judaism. She wants everyone to call her Esther. She goes to fake Jewish services. Her stage set includes projections of Hebrew letters.

As the year ends, we can tell you that in 2009 Madonna spent a lot of money on being sorta Jewish. She donated a total of almost $2.5 million to Karen and Phillip Berg’s Kabbalah efforts: $2.25 million to Raising Malawi, the Kabbalah fronted organization run by the Bergs’ son, Michael, and sharing everything corporate with the Kabbalah Center of Los Angeles.

Madonna also donated $200,000 to Spirituality for Kids, aka SFK or Success for Kids. That’s the Kabbalah Center curriculum that recently attempted to get into the New York City public school system but was rebuffed.

On the other hand, Madonna gave only $10,000 to an actual Jewish organization: Jewish Big Brothers and Sisters.

This is all listed in the latest federal tax filing for Madonna’s Ray of Light Foundation. http://tinyurl.com/237qe3g

All told, Madonna gave away about $2.9 million in 2009. Most of it went to Kabbalah-centric efforts. The rest included $400,000 to the Los Angeles chapter of the Red Cross, and smaller donations–$10,000 to-$15,000– to the T.J. Martell Foundation (the cancer research fund in the recording industry), and to a health group in Maryland and the Boston Conservatory.

There were no donations to any AIDS groups, or to anything to do with music education or indigent musicians from MusiCares to the Grammy Foundation or even the local New York public school that her daughter attends–unless of course the donations were made outside the Ray of Light Foundation.

According to Forbes, in 2009 Madonna “had the fourth highest-grossing tour of 2009, bringing in $6 million a night and $138 million overall.” She earned about $56 million personally.