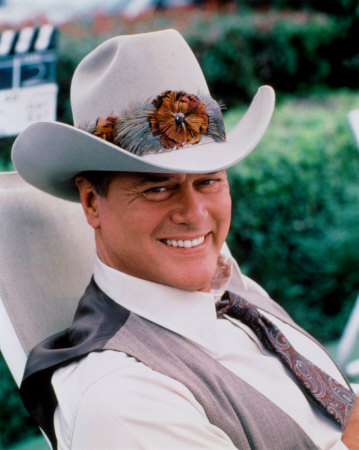 As a devoted “Dallas” fan from its golden era, I must speak up now.

There is no “Dallas” reboot for TV without Larry Hagman as JR Ewing. I’m sorry, that’s all there is to it.

I am fearful anyway of a revived “Dallas” that pits Jr and Sue Ellen’s son John Ross against Bobby and Pam Ewing’s adopted son, Christopher. Simply making it a show about warring cousins is not enough.

“Dallas” worked initially because JR and Bobby were fighting for the love of their father, Jock Ewing. Jock also had a ne’er do well drunk of a son in Gary, and a bastard son in Ray Krebs. The dynastic, patriarchal set up is what gave “Dallas” its frisson. And the fact that Hagman, as JR, was so deliciously over the top bedding hookers, madams, secretaries and business associates and putting the screws to anyone who got in his way.

The other great element of “Dallas” was its Greek chorus. When the show went off the air in 1991, I interviewed the two dozen of so recurring non contract players who made “Dallas” such a hoot, My favorites were Sly, JR’s secretary, played by Deborah Rennard, and Fern Fitzgerald, whose Marilee Stone, leader of the oil cartel, was brilliant. The lawyers, oil execs, waitresses, hostesses, etc are what underscored JR’s world. We loved it when the family went to the Oil Barons Ball or when the cartel came calling on JR with some lame proposition.

TNT can cast a bunch of young pretty people and it won’t matter. If “Dallas” doesn’t have Larry, Linda Grey, Patrick Duffy, and Ken Kercheval as the phenomenal Cliff Barnes, they might as well not throw good money away. (Hey, what Gary and Val’s kids, too, from “Knots Landing”?) “Dallas” is about texture and substance. The fans will not settle for anything less.

PS “Dallas” went off the air 20 years ago. John Ross should be about 40 (about the same age JR was when we met him).