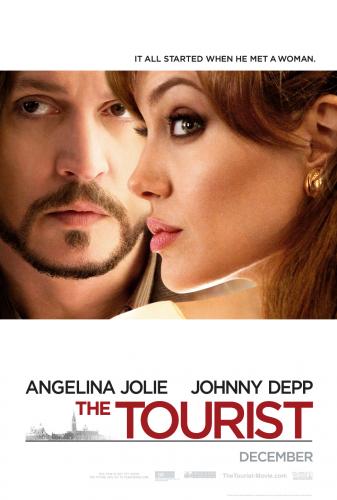 “The Tourist”–roundly dissed by reviewers and hidden from the press right until the last possible minute–is a bust.

The Angelina Jolie-Johnny Depp star vehicle will likely take in less than $18 million for its first weekend. The numbers from from boxofficemojo.com

The Friday take was $6.1 million. Expect a little more from Saturday night and a lot less on Sunday.

Sony/Columbia made the decision to hide the film, obviously knowing it had a turkey. They didn’t show it to reviewers until Wednesday, giving everyone little time to put together clever bon mots. And the press was locked out of the New York premiere, as well, triggering a lot of articles. Not inviting the press to a premiere is like painting a giant target on a film. It’s always better just to invite everyone and make the best of it.

“The Tourist” cost at least $100 million, counting a press junket for easily persuaded in Paris. But Sony won’t get hurt too badly. It’s Graham King‘s GK Films that will take a hit, although sources says it’s probably pre sold internationally enough to cushion the blow.

Movies like “The Tourist” and “Knight and Day” play best overseas in foreign countries where language and coherence don’t make much of a difference. They’re happy enough to see Hollywood stars parade around against beautiful backdrops. And “The Tourist” may be a huge hit internationally, raking in three times as much as it does in the U.S.