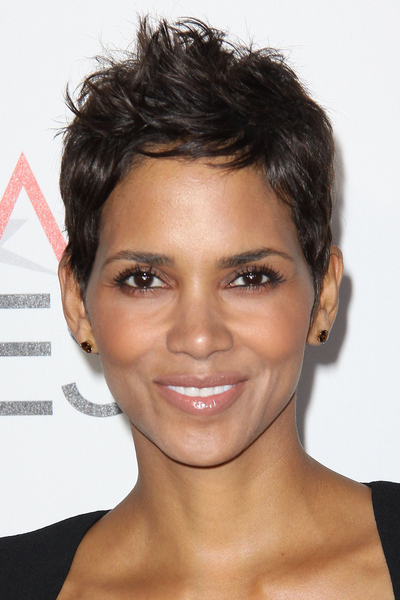 Since “Monster’s Ball,” her film career has been, well, spotty. The best work she’s done other than “Monster’s Ball” was in three TV movies–“Introducing Dorothy Dandridge,” “Their Eyes Were Watching God,” and “Lackawanna Blues.” That’s of course apart from the “X Men” series for the movies.

Halle’s try for an Oscar nomination this season isn’t going to work, although I have to give her credit. Her work in “Frankie and Alice” is very good. Unfortunately, the movie is not.

There are so many screenwriters credited to this movie that if they tried to eat together in a restaurant they’d have to book months in advance and leave a deposit. At least seven people admit to butchering “Frankie and Alice.” It is a true hot mess.

What could have been Berry’s “Sybil” is always a fundamentally watered down Lifetime kind of film. The director, Geofffrey Sax, comes from television, and it shows in the worst way. He really falls prey to every TV movie cliche. And yes, he’s hampered by a script so underdeveloped and unknowing that Sax has no place to go anyway. (Believe it or not, the shrink is learning to love jazz–made by black musicians–just as he meets Frankie. Really! LOL)

Halle plays Frankie, a stripper who suffers from multiple personality disorder. Stellan Skarsgard is her reliable psychiatrist. Phylicia Rashad is her nervous mom, and Chandra Wilson is her nasty sister. Everyone’s in place. So much talented, all wasted on a cheap looking, sounding production that never quite grasps what’s at the center of Frankie’s problems. Not only that: since the mother seems responsible for the illness, and Rashad plays her, you’d think there would be an Oscar winning confrontation. If Geoffrey Fletcher could write one for Mo’Nique in “Precious,” you’d think someone could write one for the incredibly gifted Rashad. But it never happens. They just skip it.

It’s not easy finding material for women, and for black actresses it’s especially difficult. Halle Berry is so talented and beautiful, you’d think there’d be a way to tailor something for her–and use a decent director. I am rooting for her all the time. But “Frankie and Alice” isn’t going to do it.