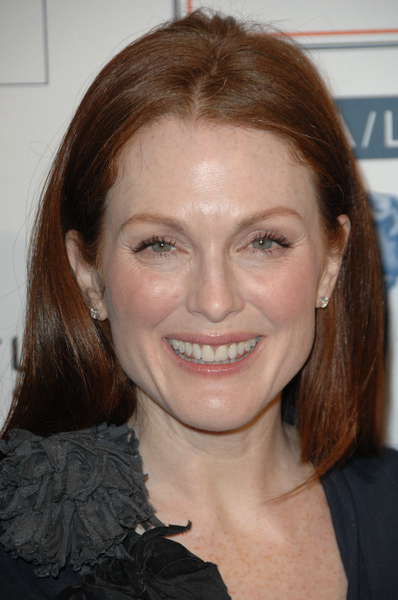 If you’re going to the movies this weekend, here are some people to look out for.

Barbara Hershey–plays Natalie Portman‘s maybe crazy, maybe crazy as a fox mother in “Black Swan” vividly. Hershey should have won an Oscar years ago for her work in “Portrait of a Lady.” She’s one of our finest actresses, and never talked about enough.

Dustin Hoffman–plays Paul Giamatti‘s father in “Barney’s Version.” This is an Oscar worthy performance, and Academy voters should note it. Hoffman, like Mary Tyler Moore, can turn the world on with that sly smile. Bravo.

Jennifer Ehle–is Geoffrey Rush’s wife in “The King’s Speech.” Ehle is the daughter of famed actress Rosemary Harris, and a star herself in London on stage. As Mrs. Lionel Logue, she nearly steals her scenes from players Rush, Colin Firth, and Helena Bonham Carter when she discovers the King and Queen of England in her kitchen.

Julianne Moore–you can rent, download, upload, whatever “The Kids Are All Right” now. Moore is being pushed with co-star Annette Bening for Best Actress. They should each be nominated. For all of Bening’s character’s serious business, it’s Moore–playing with Mark Ruffalo–who shows comic genius and brings extra radiance to the fine film.