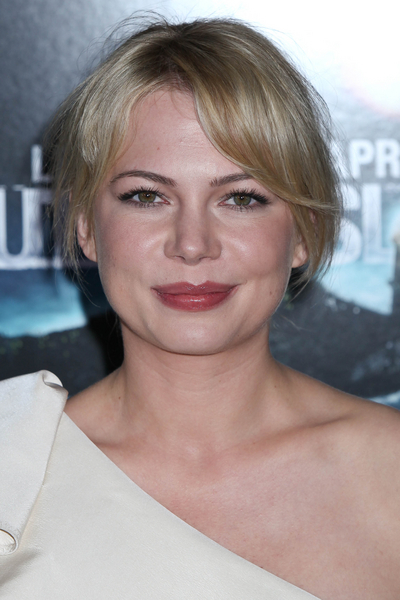 Winslet told this a pretty high falutin crowd at the Tribeca Grand Hotel screening room, for a showing of “Blue Valentine” and a chance to meet Williams–just returned from the UK, and director Derek Cianfrance.

Winslet confessed to the assembled crowd that she’d only met Williams once and didn’t know her well at all. “But we have a secret relationship,” Winslet said. “I dream about her.” She spoke emotionally, saying that from Williams’ roles she felt she knew her and they had a bond. It was such a lovely speech that Williams started to cry.

Williams–who should be nominated for everything along with “Blue Valentine” co-star Ryan Gosling–has just returned from shooting “Marilyn and Me” in London. Now she and daughter Matilde will celebrate the holidays in upstate New York and regroup. “It’s the hardest work I’ve ever done,” she said of “Marilyn.” It’s the first time she’s literally carried an entire film.

As for Winslet, she, too, is wiped out after filming a five episode mini series remake of “Mildred Pierce,” for HBO. She and Williams discussed the fact that they can’t watch their own work ever.

“I watched one daily of Blue Valentine and I stopped working for an hour,” she told me. “I said, I’m awful, why did I do that?”–meaning a bit of acting. “I can’t watch myself on the screen at all.”

PS Now that Michelle is back, maybe Baz Luhrmann will call her for “The Great Gatsby” remake. She’d be a perfect Myrtle Wilson.