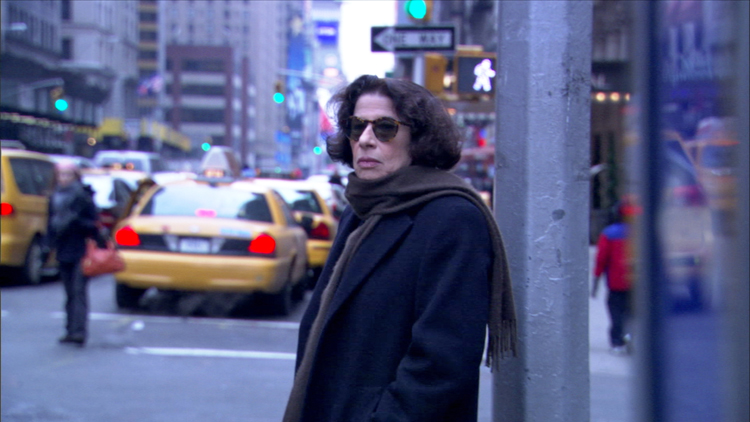 Lebowitz came to fame in 1978 with her collection of essays called “Metropolitan Life.” The essays were drawn from columns she published in Andy Warhol’s Interview called “I Cover the Waterfront.” They caught the eye of my late friend, Laurie Colwin, herself a New Yorker short story writer and novelist (“Happy all the Time”) who worked for the late editorial legend, Henry Robbins, at E.P. Dutton. (He was John Irving‘s editor on his key books like “Garp.”)

I remember Laurie telling me a few years later how Fran came to them broke. “She had nothing. I said, ‘We have to publish her.’ And they did. Dutton also published the sequel, “Social Studies.” Fran stopped writing for Interview. And that was that, other than a children’s book.

I’m not clear how she became court jester to people like Calvin Klein, Barry Diller, Toni Morrison and Graydon Carter other than the fact she’s amusing and fun. I knew her in the mid 80s because she was friendly with Paloma Picasso and her first husband, who were very close to her for a time. She’s also been bff’s with Lisa Robinson, who was the New York Post’s talented rock journalist (and for years since with Vanity Fair). The two women look very cute in their Studio 54 clip in “Public Speaking.”

My only real intersection with Lebowitz was in 1994. I’d interviewed her for New York Magazine about being a summer houseguest in the Hamptons. The snarky editors over me described her in the piece as a “freeloader.” She subsequently had me thrown out, physically, of a party at the Royalton Hotel courtesy of Brian McNally. Frank DiGiacomo, then with Page Six, walked out in solidarity with me. I’ve never spoken to her again.

Mostly I remember her circa 1979, standing in the drizzle at the corner of 11th St. and 6th Avenue, scowling, wearing a man’s raincoat, smoking a cigarette.

Scorsese obviously finds her funny. He captures that well. I can’t remember a time when I’ve seen Lebowitz smile in public. In “Public Speaking,” she smiles a lot, and laughs broadly. It’s a relief. Much of the charm from those two early books comes back here with a flash. It’s been missed. She says she’s right most of the time. She is right a lot of the time in “Public Speaking” about a lot of things– New York tourists, walking in the city, the decline of the sophisticated audience, large children in strollers. She’s also right that all we’ve done for thirty years is recycle the culture, waiting for something new. She really isn’t Dorothy Parker. She’s Mel Brooks. Which is just fine. When she hits a riff, Lebowitz is a hoot.

I also really liked her cufflinks.