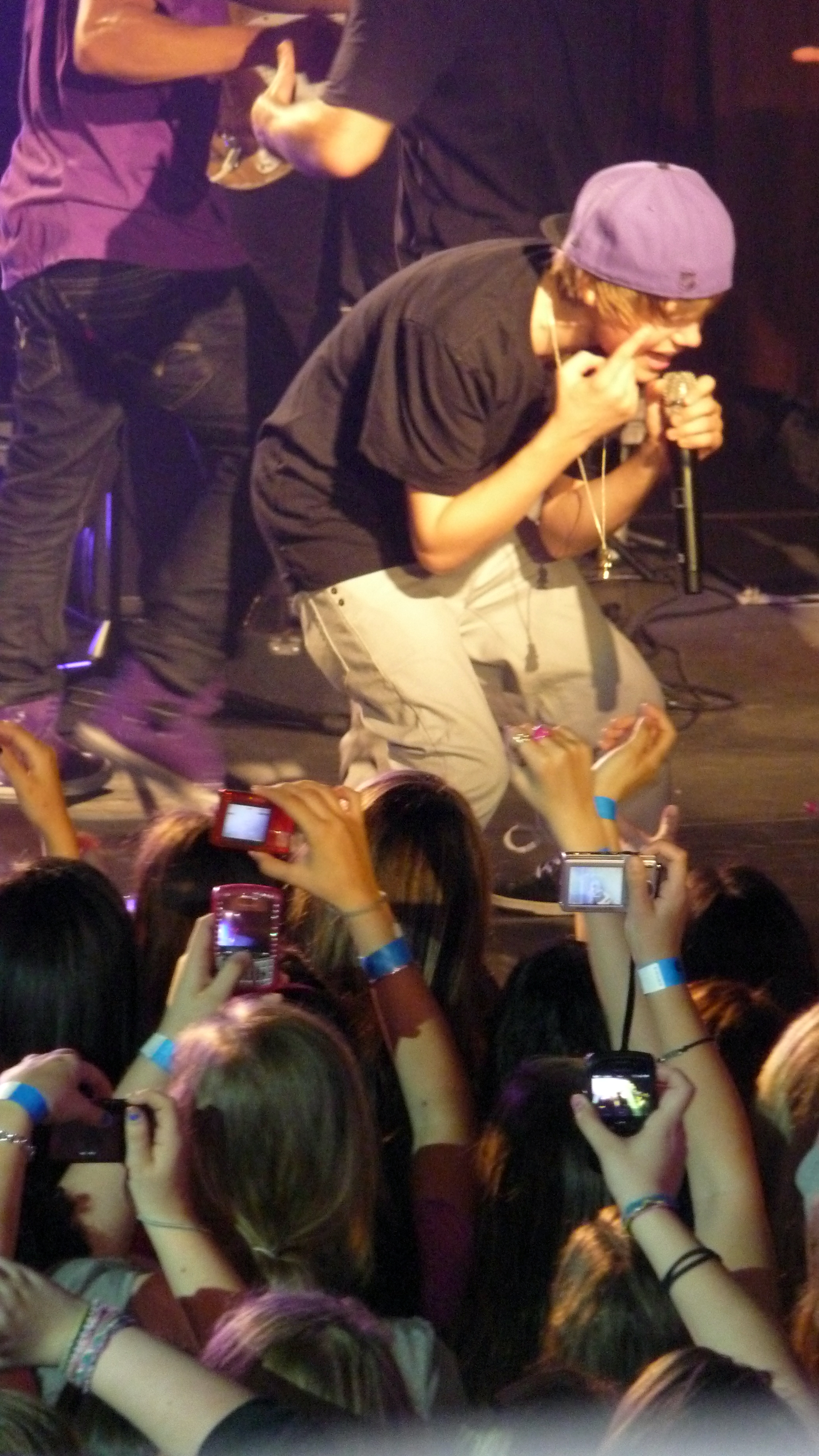 Yes, I do feel like an old curmudgeon now.

Watching the “American Music Awards” — granted using DVR and going back and forth, not in real time by any means– was torture. No one’s ever respected this hoary broadcast, but this year it seemed more cynical and calculated than usual.

Luckily, for the audience, too, Bon Jovi awakened the crowd at the Nokia Theater from their group coma. The group seemed like the first to sing live, without corps of dancers, fireworks, and other paraphernalia to mask their insufficiencies. Once Bon Jovi worked its way through its new single, you could see the audience actually leap up and start dancing to “You Give Love A Bad Name” (corrected–sorry!) and “It’s My Life.” It was like a jolt of plasma.

What the Nokia crowd–and people at home–had to endure was just a parade of such severe, manipulative phoniness you wonder why anyone does care about the music business. Of course, the height of all this now is Justin Bieber, the 16 year old vertically challenged kewpie doll who may have Duracell batteries planted in his back. Was it a wonder he won everything? His “team” was stationed in the front row to welcome him with hugs and high fives for every statue. He thanked Michael Jackson. Yikes.

Bieber, by the way, did one number seated in front a grand piano he pretended to play. The camera never did get around to the keys. And when he suddenly jumped up, the piano continued uninterrupted. Brilliant!

But you know, that’s the AMAs. Like the People’s Choice Awards, they just soldier on year after year. Does anyone wonder who chooses these “nominees”? And why the winners are the only ones who show up? That is, except for “Best Artist.” (Ahem.) Katy Perry looked suitably horrified when Bieber beat her even for that award. Her new husband, comic actor Russell Brand, had a most bemused expression. Eminem and Lady GaGa didn’t show. Kesha was probably happy just to be there.

Just before the end of the show, when the audience had likely wilted, Carlos Santana showed up with Gavin Rossdale. They peeled the paint off the walls on “Bang a Gong (Get it On).” For the second time in the excruciating three hours, life bloomed. But if the record companies are wondering where all the sales went, the AMAs were the proof they’ve needed.

And yes, the Beatles’ albums now take up half the top 20 on ITunes.

By the way: in keeping with tradition, none of last night’s performers are likely to be featured on the real awards show for music, the Grammys. That’s the unwritten law of the land.