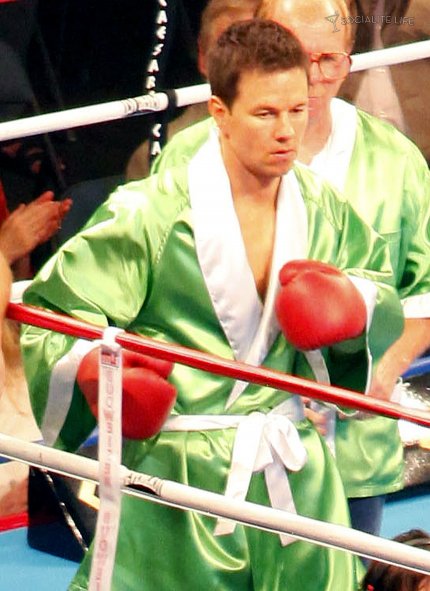 Ever since “Good Will Hunting,” Hollywood loves a Boston accent.

The sharper the accent, the fewer hard r’s, the better for everyone.

It was just a few seasons ago that Martin Scorsese‘s “The Departed”– or “The Dep-ah-ted”–won the award for Best Picture.

Earlier this fall, Affleck returned with “The Town.” It’s a great film that did surprisingly well at the box office. Affleck, Jon Hamm, and Jeremy Renner were all good. Blake Lively was a pleasant surprise.

But can the Oscars take two Boston movies in one season? Soon to come is David O. Russell‘s “The Fighter.” Unlike Affleck, Russell is not from the Boston area. You could say Affleck has him a leg up on hometown sympathy.

But Russell has Mark Wahlberg, the flip side of the Afflecks (Ben and Casey) and Matt Damon. His gang didn’t go to Harvard. As Wahlberg says whenever gets the chance, nearly everyone he went to school with is either dead or in jail. He’s not kidding.

“The Fighter” is also based on a real person, local boxer Micky Ward, and his eccentric family. Eccentric really helps here, too, because the two supporting performances are the kind spectacular showings that Oscar voters will love. Melissa Leo, so good in “Frozen River” a couple of years ago, is outstanding as Micky’s ambitious mom. And Christian Bale, who should write a book about gaining and losing weight on a whim, wears Micky’s brother, Dickie, tighter than his Batman suit. This is nothing to say of top notch work by Amy Adams and Wahlberg himself.

If there’s room for only Boston flick on this year’s Oscar card, I’m going to bet it’s for “The Fighter.” That’s going to sting for Affleck–after all, it’s his town. But fighting and the Oscars are similar in that they’re both about luck and timing.

PS Now just watch the Boston Film Critics give their award to “The King’s Speech” or “The Social Network.” Hah! Won’t that be a freakin’ laugh?