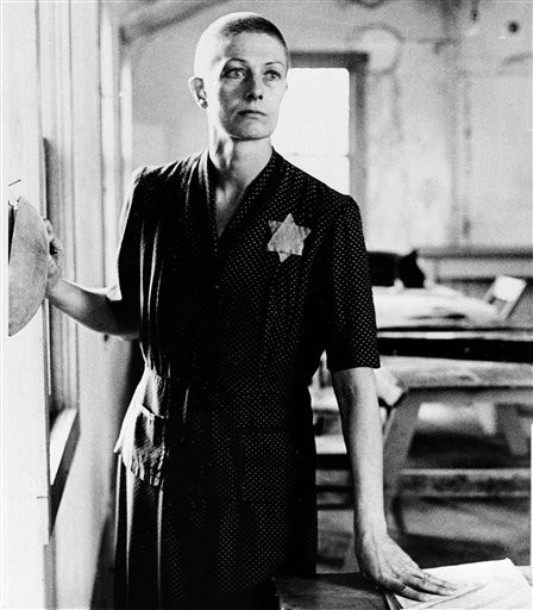 This Sunday, Vanessa Redgrave and James Earl Jones have a day off from “Driving Miss Daisy” on Broadway. Jones is spending a quiet day in his country home. But Redgrave is taking a trip back 30 years.

The actress’s most famous American TV performance, as Fania Fenelon in “Playing for Time,” is being celebrated at the Paley Center on Sunday afternoon on its 30th anniversary. Redgrave’s costar Jane Alexander and producer Linda Yellen are going to be interviewed by Pat Mitchell, who heads the center.

“Playing for Time” was made by CBS back when networks still produced important TV movies–now it’s up to HBO, Showtime, and PBS. The screenplay was by famed writer Arthur Miller. The cast included Christine Baranski, Shirley Knight, Marisa Berenson, Maud Adams, Robin Bartlett, and a pre-“thirtysomething” Melanie Mayron. Daniel Mann, award winning from films and Broadway, was the director.

The film was based on a memoir by Fenelon, an Auschwitz survivor from the Holocaust. Her story was legendary: to escape death in the worst concentration camp, she join an orchestra of prison women that entertained the Nazi commanders at the camp. “Playing for Time” remains a searing story of survival. It won the Emmy Award in 1981 for Best Movie. (There were many fewer categories then.) I’m surprised no one’s tried to remake it. Fenelon’s saga would make a natural role for Natalie Portman or even Gwyneth Paltrow.

Redgrave was a lightning rod when she made the movie because of her infamous pro-Palestinian, anti-Zionist politics. There was a huge controversy about her playing Fenelon. But many actresses turned down the part because it required shaving their heads. Arthur Miller told the New York Times: ”I wasn’t aware of what an activist she was.” He said he decided ”to let the results justify themselves.” In the end, Redgrave proved to be an outstanding choice.