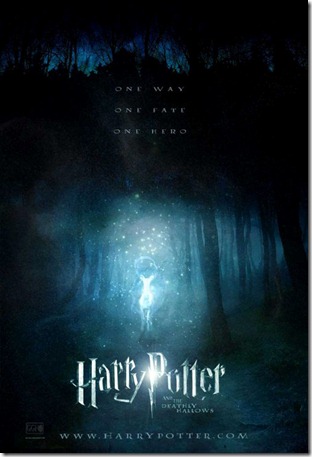 Remember I told you that on Monday night, security was crazy at the premiere of “Harry Potter and the Deathly Hallows”? All bags going into the theater were emptied. The security guards walked around using night goggles in Alice Tully Hall to catch video pirates.

And guess what? The first 36 minutes of “Harry Potter 7” as I call it — they’re online. The trades say they’re on BitTorrent. On the imdb.com message boards, fans are discussing it.

Hey it was only 18 months ago when I wasn’t allowed to discuss the pirating of “Wolverine.” Whatever did happen to that man they arrested in the Bronx? Hmm…

Anyway, all of that clamping down on Monday night, and it lead to this.

Listen, the security was so bad at Monday’s screening that all the regular crashers–there’s a whole cast of characters, well known to the staffs of all the security companies–made it inside the theater. Not only that, Alice Tully Hall was stocked with off duty NYPD cops who were too busy telling people they couldn’t use the bathrooms to see who was doing what.

Piracy is not funny, and it’s way out of hand. My whole point 18 months ago was that this has become prevalent, and that the wrong steps are being taken to prevent it.

On the other hand, “Wolverine” was a big hit; the piracy didn’t hurt the box office. I doubt it will stop people from seeing “Deathly Hallows” on a big screen.