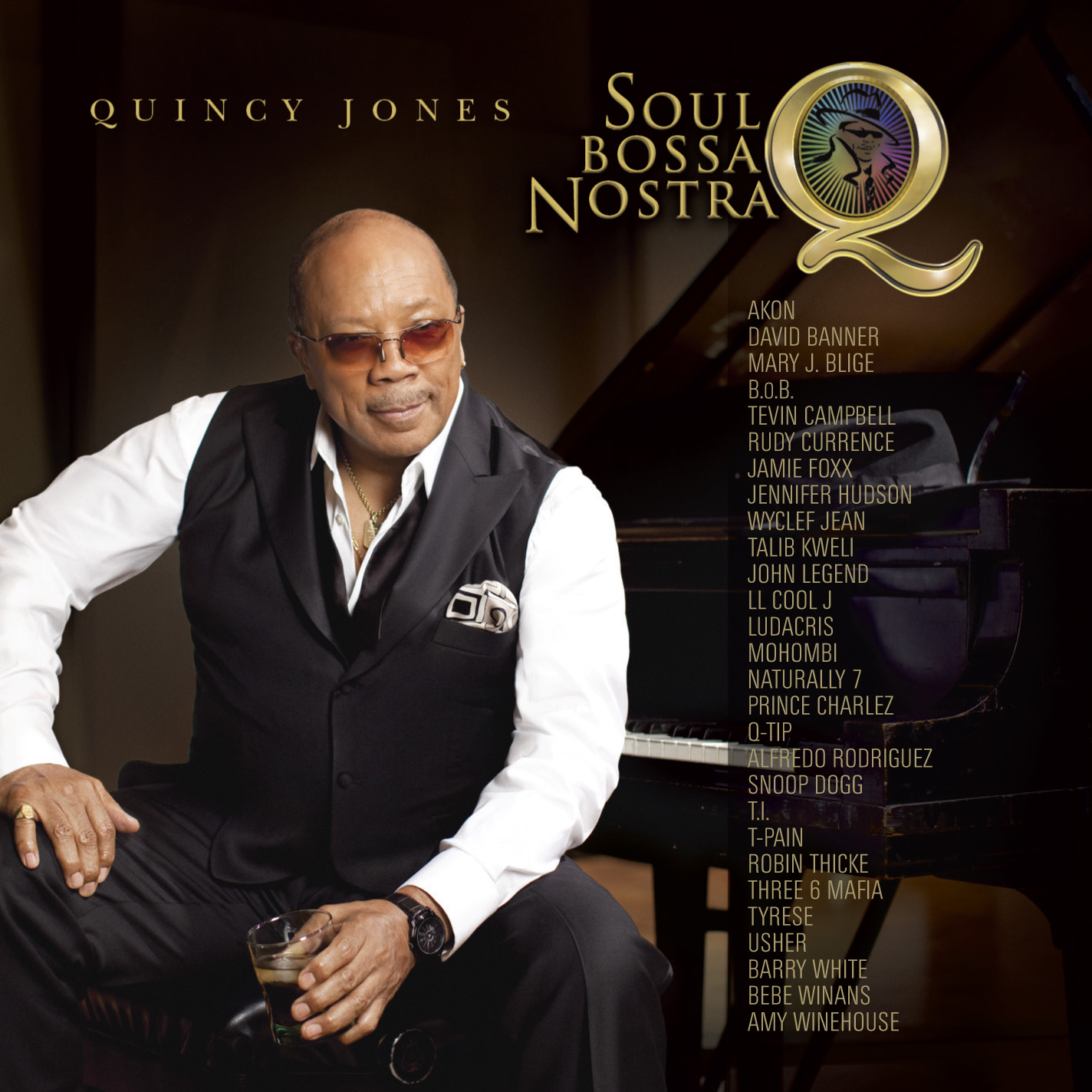 Where else would you find Quincy Jones on a Friday night, getting a little salute for his new album, “Soul Bossa Nostra”? He’s 77, man, and he’s younger, cooler and more with it than just about anyone.

John Legend was already seated beside Q when we arrived, and there were about twenty young females jockeying for position–to be near Q. I asked him last winter what his age cut off for dating was, and the legendary musician and man about town replied: “I’m 77, and the two numbers cannot add up to more than 100.”

Suddenly, Grace Hightower and her husband, Robert DeNiro, come in through a side door. Hightower, who is lovely and has a killer voice, hightails it over to Q. DeNiro hangs back, orders a martini with extra vermouth and lemon rind from a waiter. “Lemon rind,” DeNiro reminds him. The guy looks like he’s going to have a brain hemorrhage trying to remember all the particulars of this drink. When he returns with it, he asks DeNiro if it’s right. The actor takes a sip, doesn’t look so happy. “It’s all right,” he says. He winds up leaving half of it behind.

More fun: Clive Davis arrives, also through the side door, with Nikki Haskell and friends. Clive is Q’s age, it’s 10pm, and he’s just come from dinner at Cipriani. The two take pictures together. They are the last of the real music men. Right now Clive has Rod Stewart, Santana, and Jamie Foxx on the charts. Quincy has Mary J Blige, Jennifer Hudson, and Akon on his album. These men are dangerous.

Now come the second wave: Anthony Mackie, who’s in the “24 Hour Plays” tonight, was the award winning co-star of “Half

Nelson” and “The Hurt Locker” arrives with indefatigable manager Jason Spire. Mackie’s classically trained, Denzel 2.0. Quincy hugs him. Mackie tells us about the bar he’s opening in Crown Heights, Brooklyn this winter called No Bar. He’s building it himself. No kidding. Even the tables. He shows us pictures. Gorgeous.

Gayle King comes by, looking hot, discussing today’s (Monday’s) “Color Purple” reunion on Oprah with Quincy, who did the music way back in 1985. Says Gayle of her recent camping trip with Oprah: “I will never do that again.” I tell her: tents is a homonym for tense. Don’t forget that.

More from Q later this week. In the meantime, he’s got the album and a beautiful coffee table book out all about his music called “Q on Producing.” You can get it on amazon,’natch.