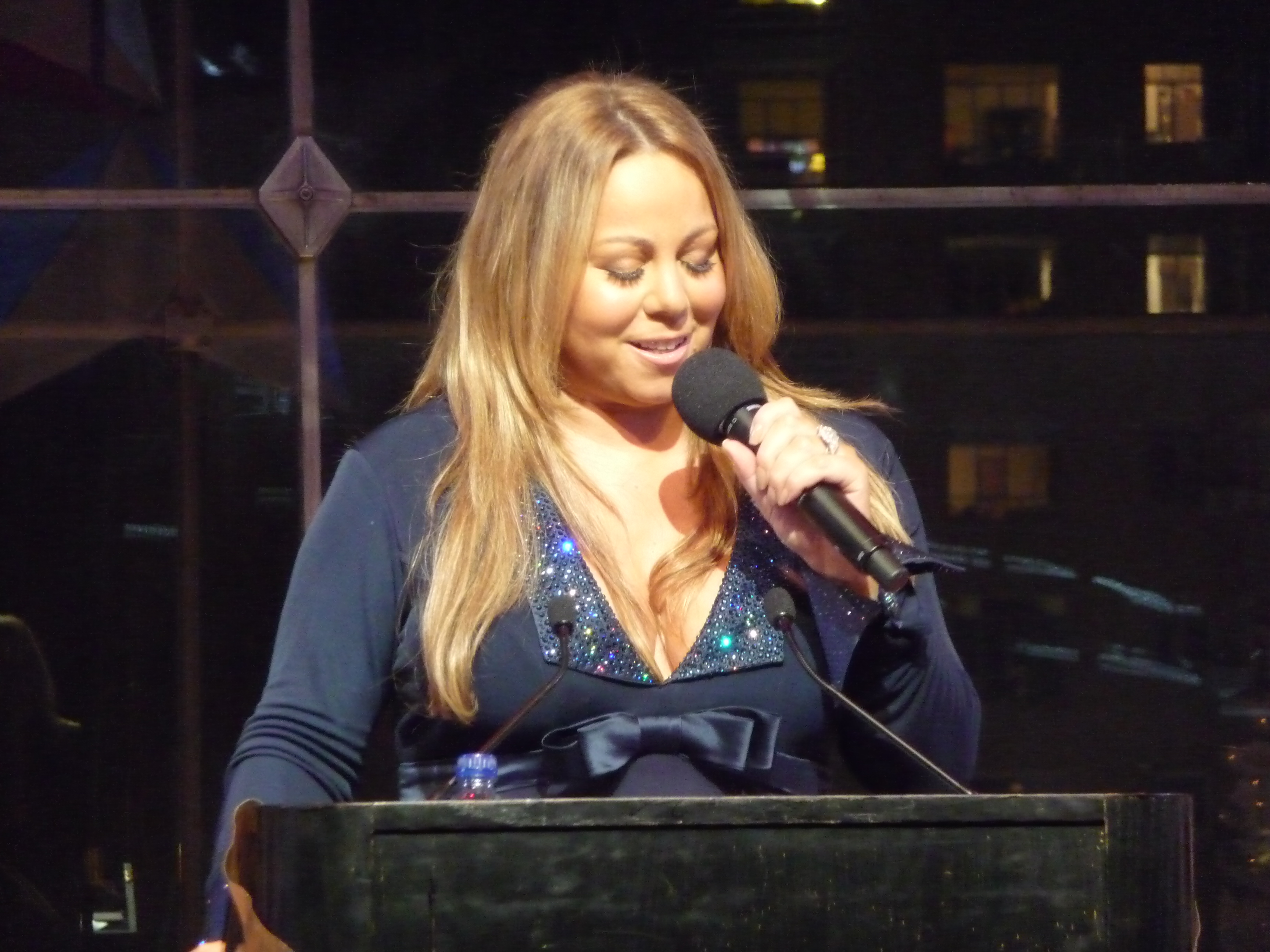 Mariah Carey was very clever to record a new holiday album. Her “Merry Christmas II You” debuted this week at #1 on the Billboard R&B/Hip Hop album chart. It’s the first time a holiday album has done that. “MCIIYou” also came in at #4 on the pop chart. The timing here was perfect. The album will be top of the pops for the next several weeks. By the way, it also outsold its predecessor in its first week. Sixteen–that’s right, 16– years ago, Mariah’s first Christmas album entered the charts at #44 and sold 44,960 copies. The new one did over 55,000 copies. Ho ho ho…

Rosie O’Donnell’s wonderful arts charity is officially changing its name. I told you this was going to happen back in September. Rosie’s Broadway Kids is now Rosie’s Theater Kids. This means her For All Kids foundation is dissolving. Now all of the focus is on the Theater Kids foundation. The Theater Kids project is huge and very successful, taking place at the Maravel Center in the West 40s. Kids come from all over the city to participate in theater programs. A great group, worthy of end of the year donations. www.rosiesbroadwaykids.org is still the web address.

A friend writes from Philadelphia: “Was at a cool fundraiser last night in Philadelphia for Eddie’s House (www.eddieshouse.org). Founded by a friend of mine, Sharon McGinley. Susan Saint James (“Kate & Allie” and Dick Ebersol’s wife), Agnes Nixon (“All My Children” creator), and Ari Meyers (“Kate & Allie”) were all there and looking great!  Also, most of the Comcast execs and a lot of generous Philadelphia society.  At the Union Club in Philadelphia.  Can we do a shout out for a good organization?”

Yes, we can. Eddie’s House helps young adults transition through pregnancy, unemployment, educational issues, homelessness–this is so important. What a great idea, and so needed in every city.