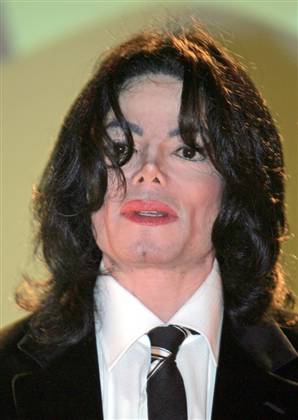 In our continuing series on the making of Michael Jackson‘s forthcoming “Michael” album:

Producers of the album–including co-executor John McClain–sent Burt Bacharach a song Michael recorded with Eddie Cascio called “All I Need.”

The legendary writer-producer went into the studio and added strings, etc. to the track. But it didn’t sound right, sources tell me, and was ultimately rejected. “All I Need,” in some form, may wind up on another album of unreleased Jackson songs. But it won’t be on “Michael.”

Also not on “Michael” is the Paul Anka song, “Love Never Felt So Good.” I guess the Jackson estate paid out enough money to Anka in the last year for writing “This Is It.”

The “Michael” album is not quite finalized, I’m told, but will have to be by Friday. Right now there are three “Cascio” tracks including “Breaking News.” Fans are complaining about “Breaking News” on the Jackson website because it doesn’t sound right to them. Folks, it really is Michael singing on that song. The finished version on the album may sound more like him. Part of the problem may have been in the uploading to the website.

“Breaking News” only streams through Sunday. On Monday, the first actual single is released–with Akon–called “Hold My Hand.”

I’ve heard a lot of the tracks, and I can tell you–they are by Michael. Michael’s nephew, Taryll Jackson, knows that, too. Despite his campaign to discredit the album, Taryll was around when the tracks were being put together. More will come out about this soon.

Conspiracy theories are fun, but buying into them is just going to cheat true Michael Jackson fans out of a great experience. “Michael” is shaping up to be a very solid project.