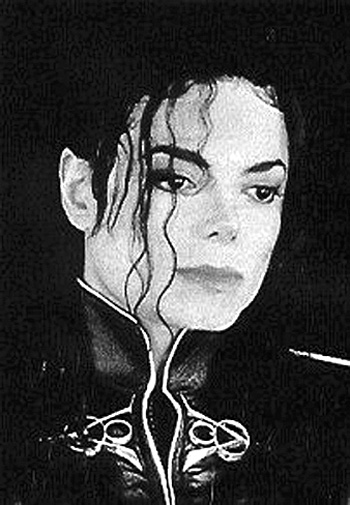 Here’s the new Michael Jackson single, “Breaking News,” written by Michael Jackson (lyrics only), Eddie Cascio and James Porte (aka Bobby Ewing). Yes, it’s Michael singing about himself. It’s a song they wrote in the Cascio home studio together in August 2007. Eddie’s brother, Frank, was Michael’s long time friend, confidante, and protege. It was his work with Bobby Ewing that brought Michael into the studio.

“Who is that boogeyman you’re thinking of?”– the song is tailored for Michael, and addresses all the gossip that was leveled at him, the accusations, etc.

“Why is it strange that I would fall in love?” Michael sings. Is he referring to Lisa Marie Presley, Debbie Rowe, or someone else? Anyway, the production by Teddy Riley, is terrific, giving Michael a modern sound and horns. And, yes, that’s him singing. There is only one Michael Jackson.