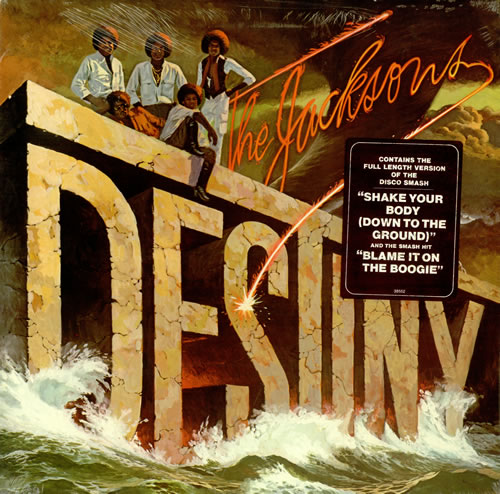 TMZ has gotten snookered by Michael Jackson‘s mother, Katherine, via her JacksonSecretVault website.

They’ve posted what they claim is a “new” unreleased Michael Jackson song that they called “Opis None.” But it’s just a remix of a 1978 recording by the Jacksons, their single, “Destiny,” from the album of the same name.

You can hear the lyrics remixed into the track, particularly the word “confusion” from the first line of the song.

“Destiny” is credited on BMI’s website to Michael and his brothers Jermaine, Marlon, Tito, and Jackie.

The original recording of “Destiny” is owned by Sony, not by Katherine Jackson.

TMZ is so eager to go along with the Jackson family’s insistence that the new songs from the “Michael” album to be released December 14th are fake, that they’ve bought this nonsense hook, line and sinker.

Howard Mann, their source on this, bought that warehouse full of Jackson memorabilia, then went into business with Katherine Jackson. What Mann doesn’t realize is that the 300 tracks he found in the warehouse are remixes and outtakes, and video versions, of existing music.

By the way, “Opis” should be spelled “Opus.” Whoever wrote it on the tape that Mann found couldn’t spell, obviously.

Pathetic, all of it!