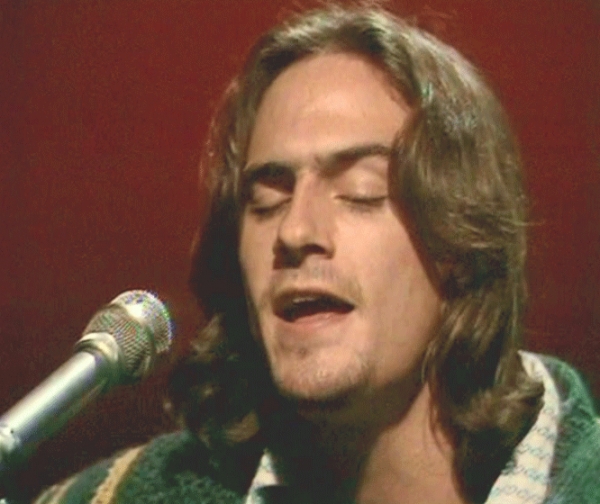 Angelina Jolie and James Taylor are connected to each other and to the Beatles–did you know that?

The linchpin is Peter Asher, the famed music producer and one half of Peter & Gordon. He’s bringing his one man show to New York on December 3rd.

It was Angie’s uncle, Chip Taylor, whose real name is James Wesley Voight, and is Jon Voight‘s brother, who worked with James in New York on his first recordings in 1966– when James was just 18.

Chip, who is not related to James, was the guy behind James’s initial group, the Original Flying Machine. It’s all in the terrific liner notes for James’s album, just re-released and remastered by the Beatles’ Apple Records. Angie’s Uncle Chip also wrote two huge 60s hits–“Wild Thing.” for the Troggs, and “Angel of the Morning,” for Merilee Rush (and later, Juice Newton).

There’s more: Peter Asher, brother of Paul McCartney‘s long ago girlfriend, Jane Asher, was the guy who then brought James into Apple in 1968. Peter also had been one half of the famed singing duo, Peter & Gordon, who had a #1 hit with Paul’s song, “A World Without Love.” Peter went on to produce all of Linda Ronstadt‘s famous albums (“Heart Like a Wheel” is a desert island disc), many of James’s and to manage James as well. Whew! He recently produced James Taylor and Carole King‘s big duet comeback.

Now Peter is coming to New York’s Iridium Jazz Club on December 3rd with his one man show about all of this. He just sent this email:

“I have recently put together a kind of one man show.  Following Gordon’s untimely death, I was not willing to accept that I could never sing those songs again at all, even though there could never be another Peter & Gordon concert.   So I assembled an experimental mixture of story-telling, music and memorabilia; and I wanted to let everyone know that I am going to be trying it in New York on Friday December the 3rd.  I am bringing a great band, some rare video clips and photos and all of my hazy recollections of the sixties and beyond.”

You can buy tickets to Peter’s show at www.iridiumjazzclub.com

And the James Taylor album–with Paul McCartney playing bass on “Carolina on My Mind”–and a demo version of “Sunny Skies” is just out, solo or in the great Apple box set of 17 CDs including Beatle-backed efforts from Doris Troy, Billy Preston, and Badfinger.

PS The James Taylor album is really amazing–a work of art by a 21 year old. It’s hard to imagine any singer songwriter now pulling off such a feat. The album also includes “Something in the Way She Moves” and a couple more songs–“Don’t Talk Now,” “Rainy Day Man,” and “Night Owl”–which Carly Simon recorded four years later–that are quite remarkable and became instant classics. And this was two years before “Sweet Baby James.”