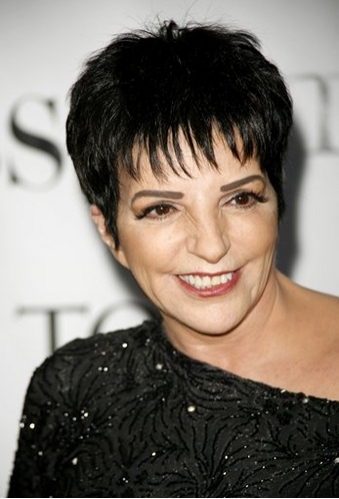 You’d think, especially with the release of an excellent new album, called “Confessions,” Liza would be hard at work and cooking with gas, as they used to say. At the end of September she pulled off a private show to launch the album in New York, and appeared on “Larry King Live” and “The View.”

Alas: Liza has canceled a bunch of shows (from October 15 in Spokane, Washington seven shows through Nashville on November 13th). Her website says it’s due to illness, but I’m told it has to do –at least partially–with the untimely death of her longtime ex manager Gary Labriola.

But Labriola died on October 17th, and Liza’s cancellations were already underway before that.

Her rep, Scott Gorenstein, says Liza came down with bronchial pneumonia right after doing “The View” around October 12th. She’s been out of commission ever since.

Insiders say Minnelli has all kinds of problems–her usual demons, etc–and that’s not so good right now. As a singer who doesn’t write songs, Minnelli suffers from the same financial battles as many of her peers: no royalties from songs played on the radio. Therefore, she must tour to make money. And canceling dates doesn’t help.

It’s not as if the pending Performance Rights Act would necessarily bail Liza out: she was never a chart topping singer. But enough stations around the world play her original versions of “New York, New York” and “Cabaret” that it wouldn’t hurt. Liza, sources say, has run through most of the resources she inherited from her mother, Judy Garland, father, Vincent Minnelli, and godmother, writer Kay Thompson (author of the Eloise books).

Her next show is set for Staten Island later in November. Let’s hope she makes it. We’re rooting for you, Liza!