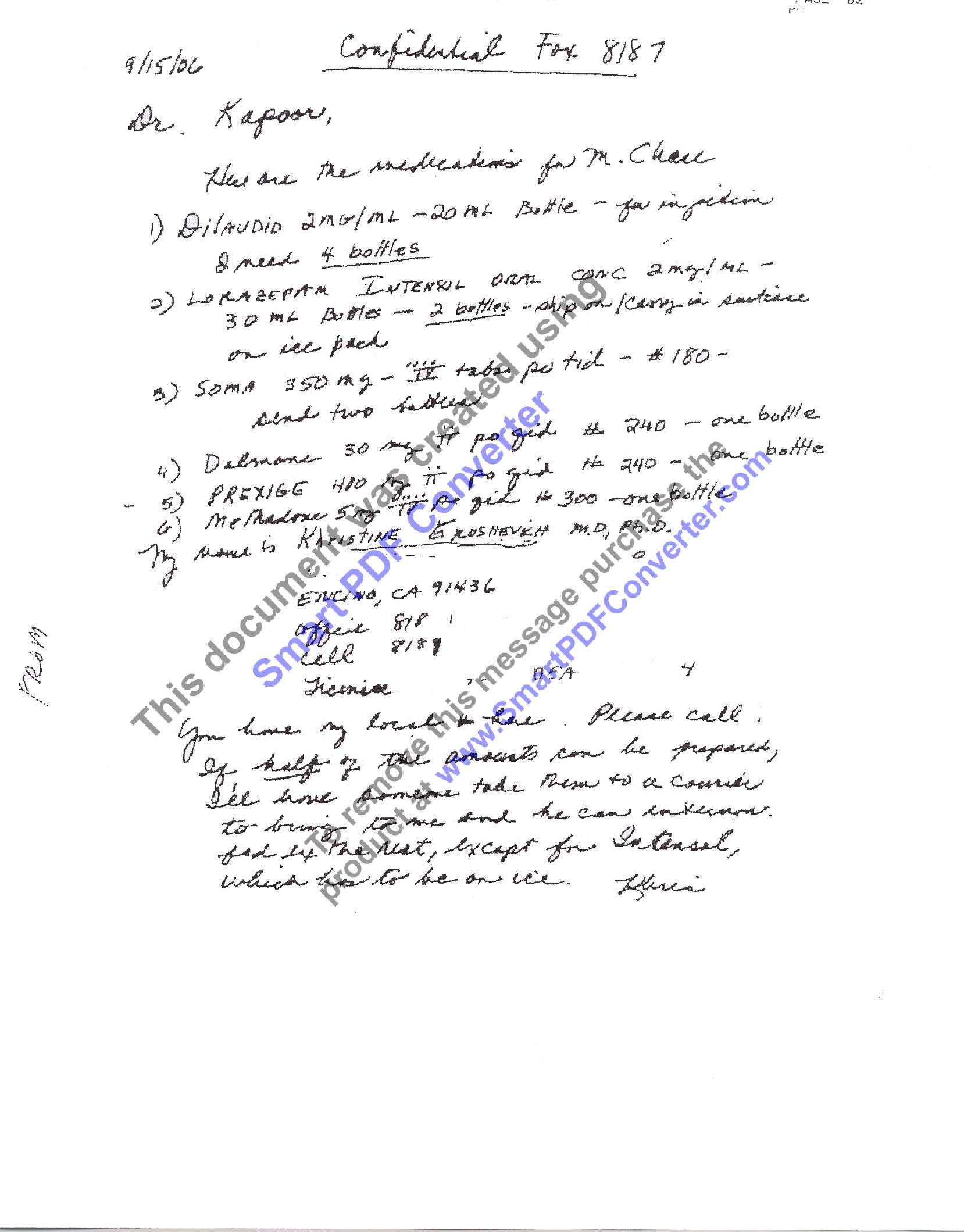 Anna Nicole Smith finally had her day in court today. Her doctor, Khristine Eroshevich, was found guilty on four counts including two of conspiracy to funnel drugs to Smith. Smith’s producer/aide-de-camp/friend Howard K. Stern was found guilty on two counts today. Dr. Sandeep Kapoor was acquitted on all counts.

I’m not surprised. Eroshevich’s behavior was deplorable in this case. I’ve attached the fax I exclusively published three years ago that showed how she was ordering all kinds of powerful medicines for Anna Nicole.

Eroshevich told an intrepid reporter outside the courtroom that she thought the jury system worked, and that “I want to go back to my practice.”

The woman was feeding drugs to Anna Nicole. She sent a fax to Dr. Kapoor on September 15, 2006 from the Bahamas asking for a menu of heavy drugs for Smith. Here’s the fax, as I posted exclusively in March 2007. The list was enough to kill someone. And it did.

Here are the original stories I wrote in early 2007 about this case and these people.