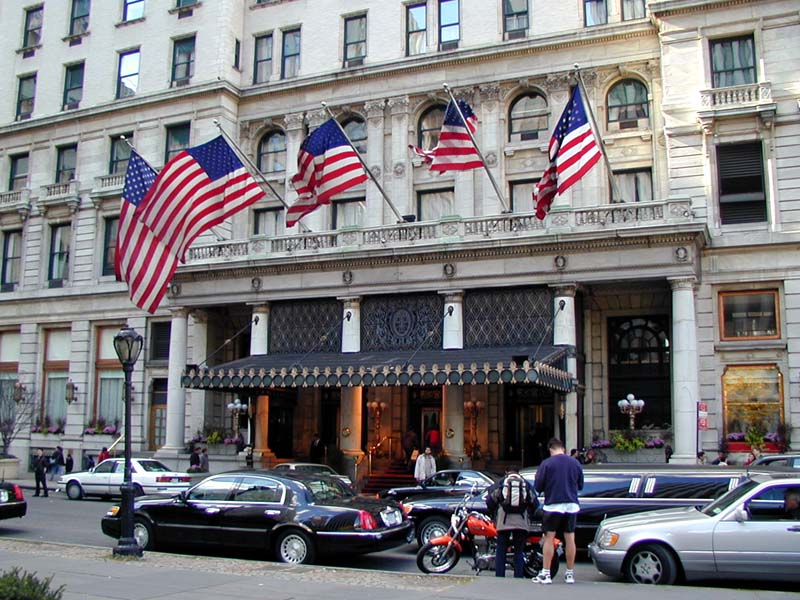 The Plaza Hotel–isn’t it the province of sweet little Eloise?

Not last night. Not one but two premieres swallowed up the Plaza on Monday.

UPDATE: and apparently, Charlie Sheen, drunk and naked, according to reports, upstairs in a room. Police were called to the Plaza at 2am.

In the Grand Ballroom: everyone from the opening night on Broadway of the revival of Alfred Uhry’s “Driving Miss Daisy” including its two majestic stars, James Earl Jones and Vanessa Redgrave.

Downstairs in the Oak Bar: the movie premiere of Tyler Perry’s “For Colored Girls” with Perry and Janet Jackson, who made brief appearances, and stars like Phylicia Rashad and Kerry Washington. Also on the scene: Hill Harper, the “CSI” actor, and singer Ledisi, as well as Simone, daughter of legendary singer Nina Simone, Valerie Simpson and Nik Ashford, Montego Glover, John Singleton, and Macy Gray.

It was quite a night in that staid old building. Also on hand: New York Governor David Paterson, playful as ever, joking, having a ball, doing his best Fred Armisen imitation. “Did you see the movie?” I asked. He replied, with a guffaw: “I didn’t see anything!” Cark Palladino? “He’s crazy!” What’s he planning to do after he leaves the Governor’s mansion? “We’re trying to figure that out. I’ve got to keep paying the bills!”

Over at the Golden Theater on West 45th Street, earlier, Jones and Redgrave (and Boyd Gaines, excellent as always)  had simply knocked out an audience that included Hugh Jackman, looking suave in a tuxedo, and Ralph Fiennes, in baggy jeans and leather jacket (not together).Broadway vets Joel Grey and Tovah Feldshuh, plus Glenn Close, Isabella Rossellini, Tony Roberts, Penny Fuller, Steve Guttenberg, as well as Liz Smith and Cindy Adams, were also among those who gave the acting legends a standing ovation.

“Driving Miss Daisy” is a slight play that was originally presented off Broadway. It won the Pulitzer Prize for drama in 1988, and the movie was Best Picture in 1989. Now with these acting titans in it, the first Broadway production ever is a must see.

Still, James Earl Jones told me: “Morgan Freeman was always Hoke for me.” He is a self-effacing, shy man who is almost 80 years old. But JEJ is a giant. He is wonderful was Hoke, Daisy’s driver and friend.

Redgrave didn’t stay at the Plaza party. But she was joined by her grandsons– the sons of her late daughter Natasha Richardson and Liam Neeson. And by the great writer Joan Didion, among others.