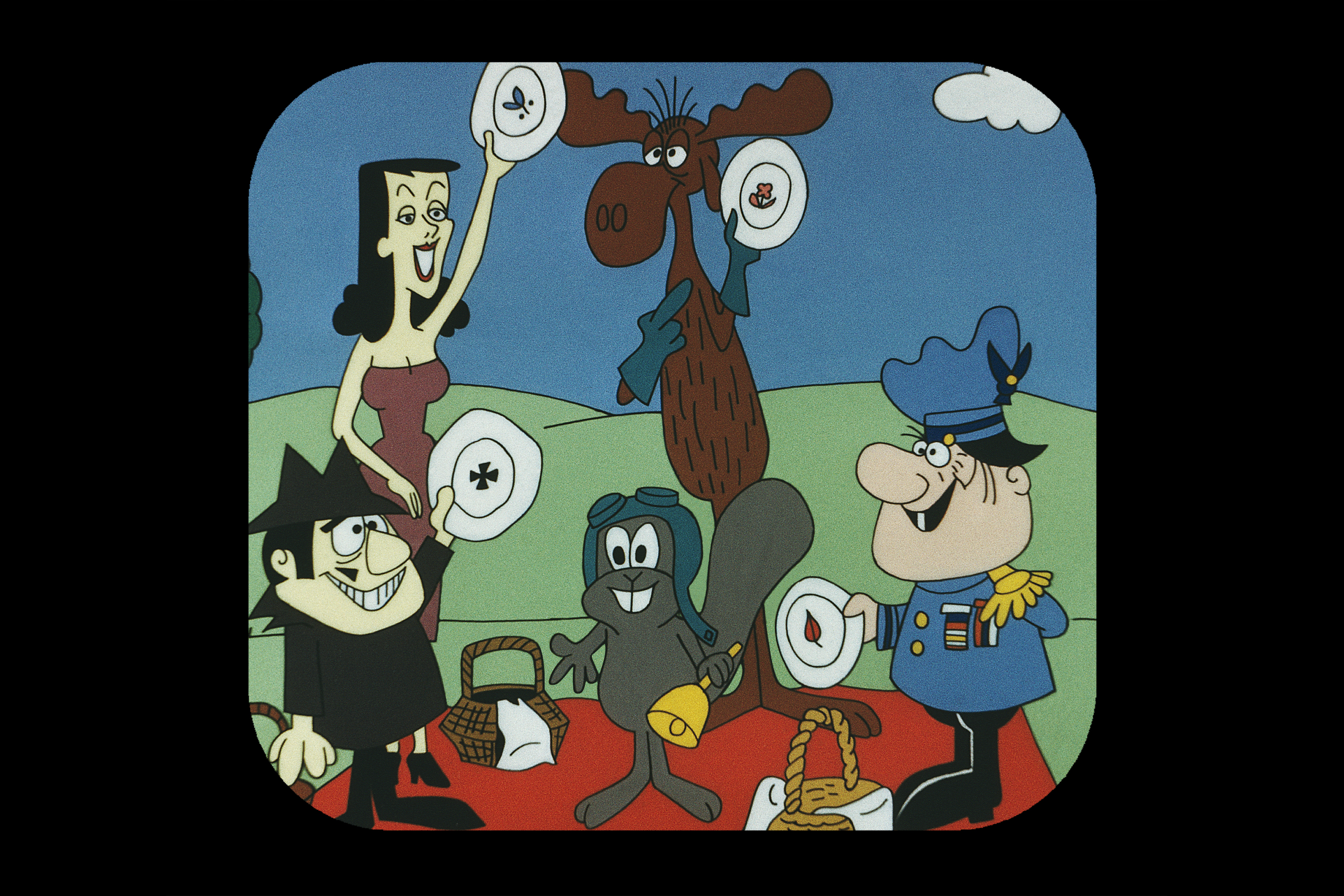 The real creator of the mouse and squirrel characters–Rocky and Bullwinkle--has died at age 90.

All this time I thought Jay Ward created the characters, but it was his original partner, Alex Anderson, who came up with the gang including Boris and Natasha. Ross sued the Ward estate and won in 1996. He is now officially known as the characters’ creators.

Ward also had a similar problem with his characters Sherman and Mr. Peabody. They had the “Waaaaay Back Machine,” remember?

For 35 years the Wards ran a popular store on Sunset Boulevard across from the Chateau Marmont that sold all kinds of merchandise from their animated characters like Rocky, Bullwinkle, and even Curious George and Crusader Rabbit. I still have Sherman and Mr. Peabody bobblehead dolls left over from that era.

From the various stories on the web it seems that Anderson and Ward started out in San Francisco. But when the cartoon hit big, Anderson didn’t want to move to Hollywood. Ward left him behind, and eventually his name faded from the credits. Ward died in 1989. The store closed in 2004. There’s still a giant Bullwinkle statue on the site, staring into Lindsay Lohan‘s old Chateau room.

Well, god bless Anderson and Ward. “Rocky and Bullwinkle” was the kind of subversive comedy that’s not made much anymore. I guess you could say “The Simpsons” and “Family Guy” are influenced by it, but those early guys really took chances.