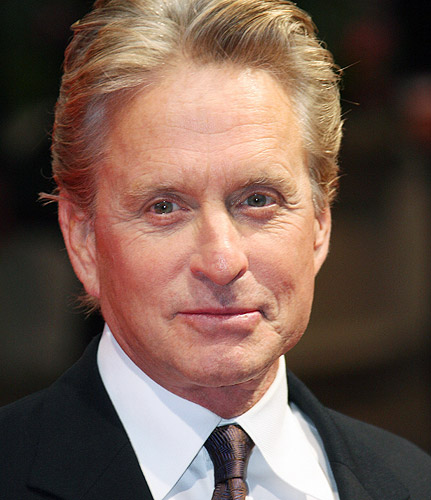 I can only surmise that both Michael Cieply and Pete Hammond have been reading this column. They’ve each started squawking about Michael Douglas‘s Oscar situation.

As readers of this column know, I’ve been flogging Douglas’s performance in “Solitary Man” since I saw it in Toronto in September 2009. If Anchor Bay will do something, Douglas will get a Best Actor nomination. His likely colleagues in that category are Colin Firth, James Franco, and some combination of Ryan Gosling, Leonardo DiCaprio, Paul Giamatti, or Jesse Eisenberg.

For “Wall Street: Money Never Sleeps” there was never any idea that Michael would be put in Best Actor. He was always going to go in Best Supporting Actor. That was known from the outset, which makes the latest discussion of it so funny. It’s not news. Shia LaBeouf is the lead actor in that movie. It’s quite possible that Douglas will wind up in the Supporting category with Geoffrey Rush, Andrew Garfield and Dustin Hoffman (he’s great in “Barney’s Version”).

All the Oscar pundits are coming out of the woodwork. It’s that time of year. Very few of them know what they’re talking about, and they waste a lot of time speculating about things that aren’t going to happen. It makes me impatient. It’s why I don’t listen much to call in shows on sports radio. Play the game, already.

Ten movies for Best Picture are five too many. But we’re stuck with this new format. So far we’ve got “The Social Network,” “The King’s Speech,” “127 Hours,” and “The Town” as really deserving of nominations. “Blue Valentine” is a possibility. “Shutter Island” should be revived. “Inception” is a strong candidate, even though no one understood it. Not to be toyed with: “Toy Story 3.” I thought it was brilliant. Many others do, as well.

Anyway, do rent, buy or download “Solitary Man.” It’s the lost gem of the year.