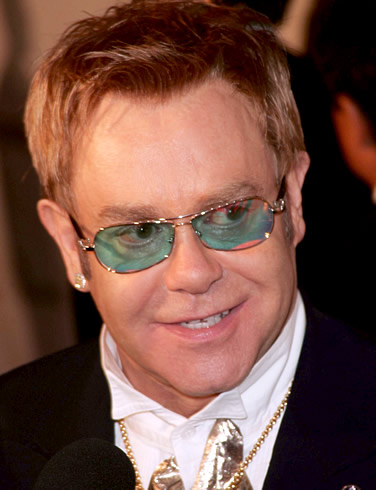 Unofficially, I’ve seen Elton John play in small spaces over the years. But that was always for charity. A real Elton John show is at Madison Square Garden. He’s dancing across grand pianos dressed as the Statue of Liberty in platform shoes.

Not so last night, or tonight: Sir Elton has moved into the smallish Beacon Theatre on upper Broadway with an all star band and his hero, Leon Russell. And last night (there’s a second show, a little different, this evening) Elton put more guts and soul into the whole deal than any kid half his age.

It was quite  a night as Sir Elton and Leon played their entire new album, “The Union,” straight through–14 new songs in a row, from the single “If It Wasn’t for Bad” through “In the Hands of Angels.” That took nerve, since they’d never played the songs live before. But it worked, and many of them got standing ovations. The standouts on this insanely good record, done live, are “Hey Ahab” and “Monkey Suit.” But even some of the ballads got to shine, like “When Love is Dying.”

Russell was at his best on his rockin’ rave “Hearts Have Turned to Stone.” He didn’t speak during the show. And when the last track from the new album was completed, Russell–who’s only five years older than Elton but seems like he’s visiting from a different solar system–vanished. Luckily, he’d played a few of his hits–“A Song for You,” “Delta Lady,” “Stranger in a Strange Land”–earlier to warm up the crowd.

Sir Elton took over, and finished off the show with bravura performances of his best songs. He concentrated on his early releases to commemorate his 40th anniversary. “Your Song,” his first hit single, sounded fresher than almost anything on top 40 radio now. “Levon” remains his  enigmatic anthem. (Who the hell was Alvin Tostig, anyway?)

It was nicely counterpointed that Cameron Crowe was directing the show live for Fuse TV since he made “Tiny Dancer” new again by featuring it in “Almost Famous” as a singalong. After a lot of serious stuff– “Take Me to the Pilot,” “Ballad of a Young Gun” — Sir Elton ended the show with “The Bitch is Back.”  It was the right choice; there was a party going on at the Beacon, and he was its host.

Encore: Russell, who looked like he might have taken a nap during his absence. “We didn’t rehearse an encore,” Elton said, so the two men, facing each other at shiny black grand pianos, re-did “Hey Ahab.” Fun, but really: how hard is to improvise on “Honky Cat”?

PS: Leon Russell’s signed a deal with EMI to reissue his entire catalog. They’re starting with an all new greatest hits collection that will include, hopefully, his tracks from “The Concert for Bangla Desh” and “Mad Dogs and Englishmen.”