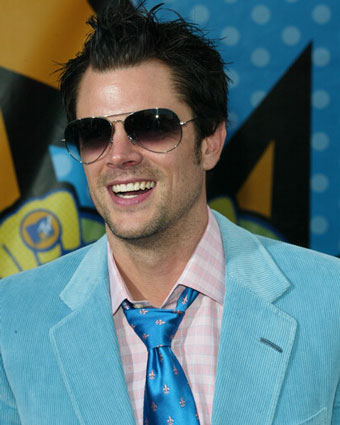 The biggest hit of the fall belongs to Johnny Knoxville and Paramount.

“Jackass 3D” took in $21 million on Friday night. That’s almost three times the amount that any of those other movies did on their first nights.

If you build it, they will come. And in this case, the power of sheer stupidity won.

God Bless.  I just hope this isn’t some omen politically. Now watch the Knoxville fans who’ll campaign for the movie to get an Oscar nomination!

On Yahoo!, “J3D” got an average rank of C+ from the critics. But you wait: Meryl Streep will be calling on Monday to get into Part 4.

Meanwhile, among the current, ahem. adult releases, “Wall Street: Money Never Sleeps” is bottoming out. Even with all the press, Oliver Stone’s film has fizzled badly. It’s too bad. If this movie had been released last spring as planned I think it might have done a lot better.

Again, as I say over and over: if Anchor Bay/Starz would launch a real Oscar campaign for Michael Douglas in “Solitary Man,” they’d have a real shot. Otherwise, Johnny Knoxville is going to come storming in.

I only have one good Johnny Knoxville story. Several years ago I was leaving the Soho Grand Hotel after a movie premiere party. He got on the elevator carrying a bunched up roll of sheets. When we got to the lobby, Knoxville sped out of the elevator and the front door of the hotel, turned north ino the darkness and disappeared.