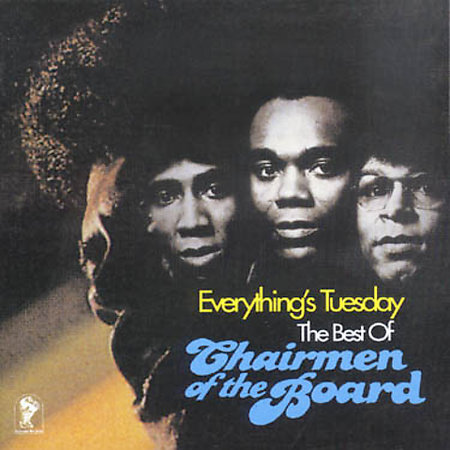 Just a day after celebrating Sam Moore‘s 75th birthday, and a few days after the passing of Solomon Burke, General Johnson has died.

He was the writer and often lead singer for a group called Chairmen of the Board. Their hits included “Pay to the Piper,” “Give Me Just a Little More Time,” “Finders Keepers,” and “You’ve Got Me Dangling on a String.”

Chairmen of the Board was really supposed to be what the Temptations were to Motown for Invictus Records circa 1970. That was the label started by legendary Motown/Four Tops writers Holland, Dozier, Holland after they split from Motown. Johnson wrote hits for other Invictus acts, notably “Bring the Boys Home” and a trio of hits for the Honey Cone: “Want Ads,” “Stick Up (Highway Robbery),” and the essential–my favorite– “One Monkey Don’t Stop No Show.”  He also had a hit on “Patches” for singer Clarence Carter.

Johnson came from Raleigh, North Carolina, where he and the band were into what they called Beach Music. HDH lured them to Detroit, where they had their big success with those singles. Here’s what Johnson says on his website:

“In 1968, 1 moved to Detroit, Michigan to further my career with Invictus Records. As a member of The Chairmen of the Board, I experienced and enjoyed international success as a songwriter and an artist. My success in such a short period of time magnified the business dealings with my recording and management companies. Soon, business disagreements deteriorated our musical relationship and eventually terminated our successful venture. In 1974, 1 left Invictus.”

His singing was a little like that of my old favorite Billy Stewart. He used kind of a stutter and a staccato phrasing to make the songs stand out. It worked. Thanks, General, for leaving those little masterpieces behind.