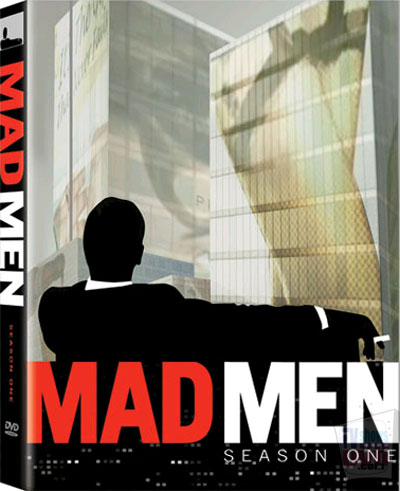 A couple of things actually.

In the penultimate episode of the season, directed by John Slattery, we got a curve ball: though times were prosperous enough in mid 1965, Weiner has caused a financial upheaval at Sterling Cooper Draper etc. Last night they downsized, firing employees and cutting way back because they’ve lost their biggest client, Lucky Strike cigarettes.

In doing this, Weiner has cannily mirrored our times in 2010. Watching the staff pack up at SCD was all too reminiscent of what’s happening right now at so many small companies. It’s a very clever, and sensitive move. It’s also the stuff of good drama, and lets Weiner shake up the cast for next season.

There was also a sensational guest shot from Rosemarie DeWitt. Rosemarie was in the first six episodes of “Mad Men” back in 2007 as Midge Daniels, Don’s kooky mistress. Then she went off to fame–if not fortune–in the film “Rachel Getting Married.” It was great to see her back again. She is really terrific. She has a bunch of feature films coming up and is a regular on “United States of Tara.” But she was perfect in her return.

Meanwhile: Sally Draper is getting better, says her therapist. Betty is getting worse. It does look like Henry Francis may figure this all out soon. For Sally’s sake, let’s hope so.

restaurant of the week: the much missed La Caravelle, it was on West 55th St. The late New York Times “60 Minute Gourmet” Pierre Franey–whose books I worked on as a publicist in the early 1980s–lived above it. We had lunch there often. They had the broccoli puree in the world. It was nice to hear its name again.

Finally: Don’s anti-smoking ad/letter in the Times was spot on for 1965. The whole heroin/smoking addiction thing was a little heavy handed, but that was the time when there was an initial serious effort to get people to stop smoking. Somehow, though, I’ll miss the cloud of smoke that envelops “Mad Men.” But at least now the characters have a chance at living longer lives.

Let’s just hope they don’t give up drinking and sex. What will be left?