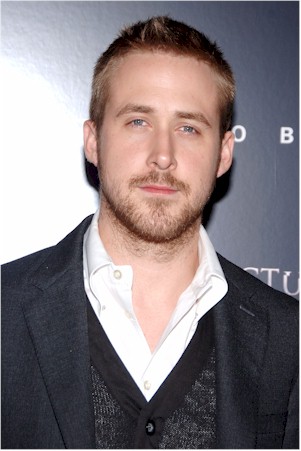 Over the weekend in the Hamptons, much talk about the NC-17 rating that’s been dumped on Derek Cianfrance‘s “Blue Valentine.”

The MPAA rating board seems to think that the Ryan Gosling-Michelle Williams drama is worthy of what’s equivalent to an “X.” This means that most newspapers wouldn’t advertise the movie, and a variety of theater chains would nix carrying it.

IIn fact, I’ve seen this really amazing drama through three incarnations–from Sundance to Cannes to the Hamptons Film Festival. With each new edit from Cianfrance, the film has gotten sharper and tighter. But at no time did I– or anyone else who saw it–ever think, Hey, this is an X rated movie. The idea of this is utterly ridiculous.

Cianfrance took 12 years to get “Blue Valentine” together. Gosling is certainly playing him to some degree. Cianfrance’s story is that his parents divorced when he was 20 years old, after a tempestuous marriage. In the movie, Gosling plays Dean, and Williams is Cindy. They have a four year old daughter named Frankie, played by the charming Faith Wladyka.

The basic plot: Over a 24 hour period, perhaps the last day of Dean and Cindy’s four year marriage is chronicled with ups and downs, fighting, romance, some sex, and parenting. In the process, Cianfrance cuts back and forth with how they met, who they were, and who they’ve become in the process.

The performances are riveting. Williams is very good, and has gotten better in the subsequent edits as Cindy is a difficult character. Gosling is simply outstanding, and merits Best Actor accolades. Because Dean is modeled on Cianfrance, he is certainly the more sympathetic of the couple. Gosling builds on his work from “Half Nelson” and “Lars and the Real Girl.” He’s serious, funny, and touching.

Dean and Cindy-who are married–do engage in a couple of sex scenes. I think you’ve seen more on broadcast TV, and tons more on cable than anything shown here. There’s no “full frontal” nudity, and nothing that would scandalize the average 16 year old.

I have to wonder what went on with the MPAA on this film. I was thinking of their R rating for a completely objectionable film like Alan Ball’s “Towelhead” in which a 13 year old girl is repeatedly molested by her 35 year old neighbor. It’s hard to imagine that “Towelhead” was approved by the board, but “Blue Valentine” could be sanctioned.

“Blue Valentine” won’t be released until Friday, December 31st. That means Academy members will have to make an extra effort to get their DVD screenings, or attend Academy screenings. I think once actors in the Academy see the film, the buzz will spread quickly. The irony will be nominations for Best Picture, Actor, Director and Actress, and Original Screenplay. The Weinstein Company will appeal the rating. Cooler heads will undoubtedly prevail. At its most intense, “Blue Valentine” is an R movie.