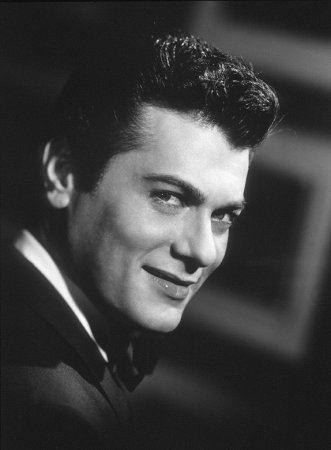 Reports this morning that Tony Curtis, the great actor and father of Jamie Lee, has died at age 85.

It seems funny that Tony’s died in the same week pretty much as Eddie Fisher. They were the hottest stars circa 1960. None was bigger. The partying, the girlfriends and wives, all of it. What a time they had.

When Tony Curtis married Janet Leigh, it was like when Madonna married Sean Penn. Chaos. My friend, the late John Springer, was their publicist. He used to tell us how he created diversions that day for the press so they wouldn’t catch on, and John managed to get the couple hitched in the suburbs.

The couple was married from 1951 to 1962, during which Leigh made “Psycho” and became a superstar. Curtis made his best films during that time–“Some Like it Hot,” “Sweet Smell of Success,” and “The Defiant Ones.” He also, he admitted, cheated on Leigh a lot. He wrote recently that he had a fling with Marilyn Monroe. But from the Curtis-Leigh marriage came actress Jamie Lee and her sister Kelly.

In recent years, Curtis had been a regular at Spago for lunch, where he sat in the table next to Sidney Poitier, his “Defiant Ones” co-star. They were real Hollywood.

Curtis made lots of other films over the years, but my favorite–and so many people’s–is “Sweet Smell.” As Sidney Falco, he was indelible. There are few performances this good on film. May he rest in peace.