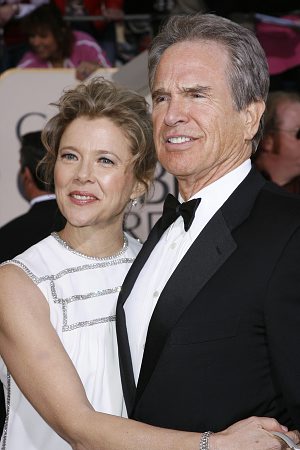 I keep hearing and reading about Warren Beatty and Annette Bening. According to “friends” and “sources,” the couple is on the verge of breaking up after two decades and four kids. The ostensible reason: the gender problems of eldest child Kathlyn who, these friends say, is going to have a sex change operation any minute.

This week two people who don’t know each other swore to me this was all about to explode. So I asked an actual friend of the couple. This is what he had to say.

“I don’t believe it for a minute. They are a happy couple. They have four children, not just one. I can’t see them ever parting.”

Now, no one really knows what goes on in a marriage. Anything is possible. But I tend to agree with this assessment.

True, Annette has shied away from doing a lot of press this year even with two movies, “The Kids Are All Right,” and “Mother and Child” putting her in the awards race. But just because you don’t want to be asked questions doesn’t mean the thesis behind them is true. Maybe Annette just doesn’t want to deal with it.

My source, who knows the couple well, also says it seems unlikely that Kathlyn is really considering a sex change operation. Even if she’s asking people to call her “Stephen Ira”–as has been reported–that doesn’t mean she’s going under the knife.

“Knowing Kathryn, this could just be her, being provocative. She’s very bright and very articulate.”

Again, life in a fishbowl. But Warren Beatty, this person points out, has wisely never addressed any rumors about his personal life in over 50 years in Hollywood. He’s not going to start now. Annette has surely learned from him.

As for Ms. Bening: I expect she will be nominated for Best Actres in “The Kids Are All Right,” with co-star Julianne Moore in Supporting Actress, and the movie in Best Picture. It’s a great movie and deserved to make more than $20 million at the box office.

And that’s just for starters. (I’m sure to get emails from a dozen publicists tomorrow with their ideas.)

My other prediction: Warren and Annette will stay classy, and keep mum.