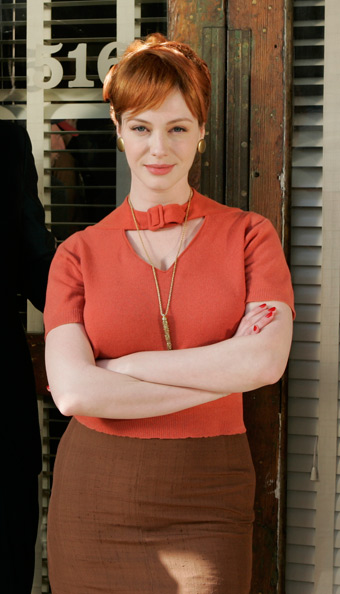 Episode 10 of Mad Men’s Season 4 — “Hands and Knees” — had plenty of surprised. It should have been called”Do You Want to Know a Secret?” as plenty of secrets were hatched or uncovered, and the Beatles’ 1965 show at Shea Stadium was featured as a plot point.

Indeed, an instrumental version “Secret,” a Beatles song was used over the closing credits.

The most astonishing moment of many: Lane Pryce’s father striking him with his cane. Jared Harris is so good as Lane, and this was such a crushing moment after Lane introduced him to his black Playboy Club bunny girlfriend. Is Lane a broken man? Let’s hope not.

Meantime, in an episode with no Peggy, Roger and Joan must deal with their problems. Joan goes to an abortion clinic in New Jersey. She is plucky and self-reliant. Roger is sinking under the weight of two secrets–Joan’s pregnancy, and the loss of his biggest client.

And then there’s Don. The walls of his secret are closing in around him. I do think it’s a bad idea that Pete knows so much about it. Now Dr. Miller, too. Soon it won’t be a secret. Jon Hamm should thank Matt Weiner for building this season around Don Draper so completely.

And then of course there’s the Beatles. Nicely woven into the plot is the Shea Stadium concert. Between the Beatles and the visit to the Playboy Club it really did feel like 1965.

Another secret: what exactly is Harry doing in Los Angeles on those visits? That seems to be brewing on  the back burner.

It was an episode full of plot, as we head into the (sadly) final three of Season 4.