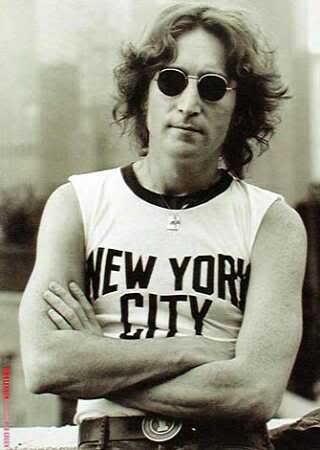 May Pang was John Lennon‘s girlfriend during what’s knows as his “Lost Weekend”–18 months from 1973 through 1974. She’s since become a popular and motherly figure on the New York rock circuit, as well as a real mom.

At the New York Film Festival premiere last night of “LennonNYC” for PBS American Masters, Pang was once again in the same theater as Yoko Ono. In 1973, Ono sent Lennon to live with May, and they became lovers. Ono didn’t like Lennon’s attachment to her former aide, and then demanded he come home after “The Lost Weekend.”

Pang watched “LennonNYC” philosophically. Although Ono didn’t have editorial control, the film’s director — Michael Epstein–conceded that Lennon’s widow “was there” while he made the film.

The result is the most minimized version of John and May’s relationship. Several times during the film screening at Alice Tully Hall, Pang said, loudly enough, “These are all lies.”

She told me later: “Yoko sent Paul [McCartney] to California to come get John and bring him home. Paul didn’t know me, and Yoko had described me very badly. But when Paul and Linda [McCartney] arrived, we all hit it off. Paul and John recorded together for the last time. It’s a bootleg now. Paul never told John that Yoko had sent him. Afterwards, John told me, Paul doesn’t get it. I’m with you now.

Because of this Pang is rewriting the book she published several years ago, to set history right. “They made it seem like I never saw John again after he went back with Yoko. It’s not true, and there’s lots of evidence.”

Ono has already changed a lot of Lennon’s past. As I wrote years ago (http://www.foxnews.com/story/0,2933,106198,00.html) Ono edited herself into Lennon’s videos and changed background vocals on songs.

Pang will be in New York on October 9th–Lennon’s 70th birthday–for the big free outdoor screening of “LennonNYC” at Central Park Summerstage for 5000 people. Ono will be in Iceland.