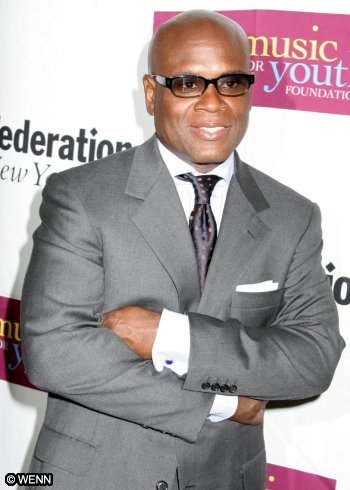 The fact is, there have been rumors of Reid leaving DefJam and Universal Music Group for months.

But yesterday after Frank’s item appeared, I got a bunch of phone calls. Here’s the consensus: UMG is busy working out a deal for Reid to stay, either in his current position or with his own label like his old LaFace Records.

Second: that DiGiacomo’s list of three failures at DefJam last year are balanced by one huge success: a “360” deal with teen heart-throb Justin Bieber. A ‘360’ deal means everything: DefJam gets money from his records, movies, and merchandise. Bieber may not be our cup of tea, but Reid’s cup runneth over with moolah from this unlikely star.

Third: Mariah Carey‘s new Christmas album is going to be a hit. So the fact that her last album didn’t do well is sort of meaningless.

As for the two different TV shows: Simon Cowell apparently offered Reid a spot first, which kicked “American Idol” into a frenzy. But “AI” already has Jimmy Iovine from Universal as a special mentor. Reid can easily judge “X Factor” even though that show’s recording deal is with Sony/Columbia. After all, new judge Steven Tyler records for Columbia but he’s going to be an “AI” judge. Randy Jackson has had deals at places like Concord Records. So that whole question is a tempest in a teapot.

Frankly, for UMG to lose Reid would be a blow. He has ties to lots of artists. His imprimatur one way or another is worth a lot.