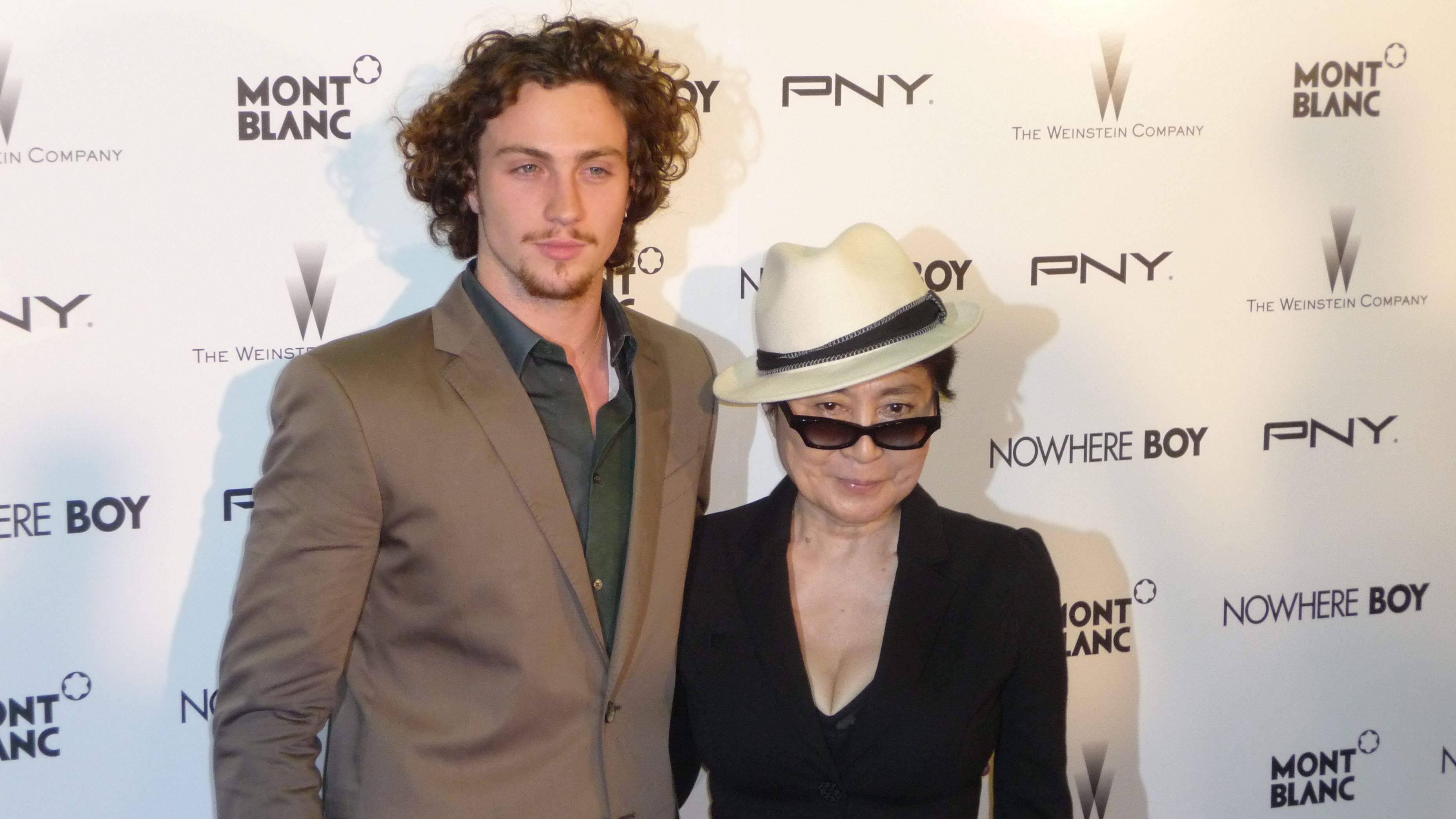 There is more or less peace in the extended family of John Lennon.

This week, Yoko Ono and her son Sean took pictures with and looked cozy with John Lennon’s first wife, Cynthia, and her son, Julian. The pictures were taken at a photo exhibit here in New York.

What gives? According to my sources, no money has changed hands. Julian Lennon has not suddenly gotten a big payout from the Lennon estate thanks to Yoko. But Julian has been trying to have a relationship with half brother Sean. So he’s making the effort, sources say. “Cynthia is just going along with it.”

Also at the exhibit but not seen in the photos: May Pang, Lennon’s former lover and Ono’s former assistant. Pang brought her daughter to the exhibit. She and Ono, who don’t speak, came face to face immediately. Ono just kept moving. Pang is very friendly with Cynthia, however.

Last night at the official premiere of “Nowhere Boy,” Sam Taylor-Wood‘s wonderful film about Lennon’s early days, Pang and Ono again crossed paths. The two women didn’t sit near each other in the Tribeca BMCC Theater, although Pang watched as Ono jumped on stage before the film began and before Taylor-Wood could finish introducing her cast. On the plus side, Ono was heard saying that John would have loved the movie. I agree.

The funniest scene of the night: Scottish comedian Billy Connolly got all the members of the The Quarrymen–the reunited group of 70 year olds who were Paul McCartney’s group preceding the Beatles–to sign a CD booklet. The Q’s played a few songs on the movie theatre stage following the screening, including a kickin’ version of Eddie Cochran’s “20 Flight Rock.”

“Now if one them dies, this booklet will be worth more,” Connolly quipped. “Hello Ebay! One of them does have a limp.”