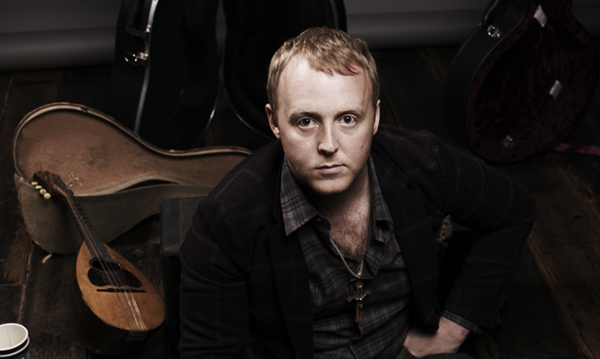 He’s always been a bit of a mystery while his sister Stella has been in the headlines a lot. (She’s a famous designer, you know.)

It’s actually an EP of five tracks that you can buy on amazon.com for $4.99. It’s called “Available Light.”

The tracks include a cover of Neil Young‘s “Old Man,” plus original songs “Angel,” “Denial,” “Glisten,” and “My Friend.” They were produced by Paul and the great David Kahne at Abbey Road Studios. But the sound is not so Paul-like. James’s voice is a little higher, and his multi-layered guitars have a feel of Matthew Sweet.

James has inherited his father’s musical gifts and more: he plays several instruments including bass guitar, mandolin, and piano.

It’s not easy doing this sort of thing; in fact, it’s down right brave. Children of rock stars, no matter how talented, are always compared to the parents. James is 33, and has obviously waited until he was comfortable with his identity. Other late blooming rock kids include Harper Simon, Paul’s son, who’s released a couple of very good albums; and Sting’s son, Joe Sumner, who fronts the popular group Fiction Plane. Both Julian Lennon and Sean Lennon have made attempts at careers. Julian, of course, had a couple of solid hits in the 80s.

So bully for James McCartney. The tracks are good. Let’s hear more, I say!