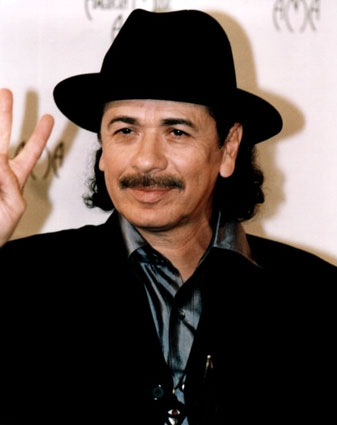 And you thought tomorrow night’s “Dancing with the Stars” was all about Bristol Palin.

An actual person of substance will be headlining tomorrow night’s premiere on ABC. Carlos Santana is set to perform three songs. He’s doing “Oye Como Va”–his biggest hit other than “Smooth”–and then two from his new album, “Guitar Heaven.”

The two new songs are “While My Guitar Gently Weeps” with special guest India.Arie, and “Photograph” with Chris Daughtry. Daughtry is also doing a song from his own new album.

Santana is making a big media push in the next few days for “Guitar Heaven,” an album that features guest vocalists including Rob Thomas, Joe Cocker, Gavin Rossdale, and Pat Monahan from Train. Lots of great tracks–look for Santana to pick up some more Grammy’s this winter.