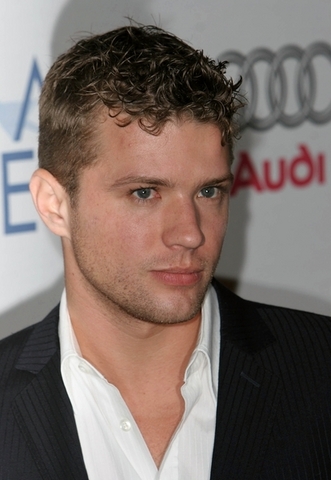 Ryan Phillippe hasn’t had it easy. During his marriage to Reese Witherspoon he was really overshadowed. It was tough. His friends knew he could make it. It just takes time.

Last night in Toronto, Ryan debuted in “The Bang Bang Club,” Steven Silver‘s exhilarating saga of a group of real life photojournalists who covered the end of apartheid in South Africa. Phillippe plays Greg Marinovich, who won a Pulitzer Prize for his daring work. Malin Akerman–in her second terrific performance this year–is his newspaper editor and lover.

Phillippe has tried to break into the “serious movie” market for a while. He was great in Kimberly Peirce‘s “Stop/Loss,” but the subject was too raw for audiences. (Rent it.)

With “The Bang Bang Club,” Ryan jumps into the top tier in his age group. It’s very very good work.

The premiere was met with “real” thunderous applause and a standing ovation at Roy Thomson Hall. Afterward, Ryan told me he’d spent seven months in South Africa working on the film. They shot in some dangerous neighborhoods of Johannesburg. “There were plenty of death threats,” he said. “But we just went in there.”

Next up for the still young actor are “The Lincoln Lawyer,” with Matthew McConnaughey; and an indie film he’ll start shooting in New York soon. “I play the villain this time,” he said with a grin.